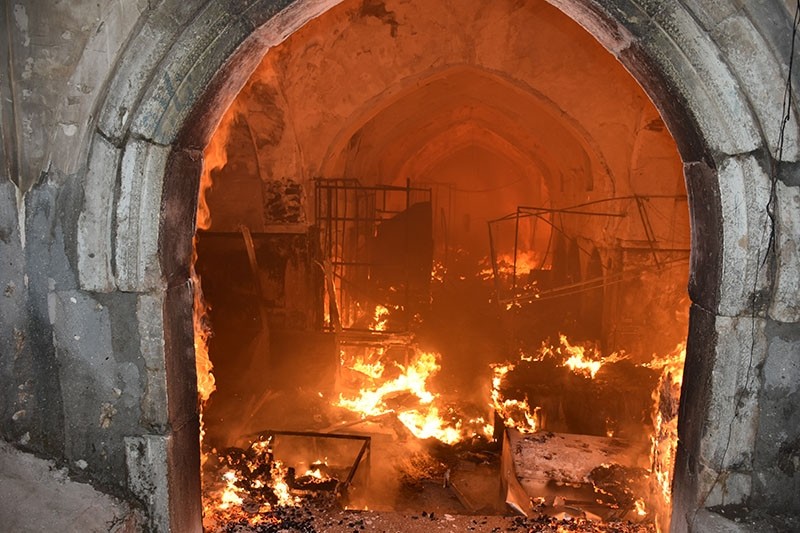 A fire ripped through the Ottoman-era Qaysari Bazaar in Iraq's northern city of Kirkuk on Monday night, according to a local spokesman, damaging hundreds of stores.

"More than 400 shops were gutted by the blaze," Qais Kirkuki, a spokesman for the city's fire department, told Anadolu Agency (AA).

Dozens of firefighters were sent to the area and managed to douse the blaze after six hours, he said.

Kirkuki said that the historical market is completely destroyed. He said the extinguishing of the fire took time since due to the many cosmetics and clothing stores in the market.

There have been no casualties reported since the fire broke out during the night, he noted.

The cause remains unknown. An examination into the cause was immediately initiated, Kirkuki said.

Turkey's ambassador to Baghdad, Fatih Yıldız, expressed his sorrow regarding the fire in a post on Twitter.

"I convey my sorrow over to the fire that broke out in Qaysari Bazaar in Kirkuk tonight, and offer my condolences to all shopkeepers and the people of Kirkuk. Our greatest consolation is that there was no loss of life," he wrote.

Yıldız also said that Turkey is ready to offer all kinds of help.

Built in the Ottoman era, the Qaysari Bazaar is located in the center of the Turkmen-majority Kirkuk city and is considered a historical landmark.