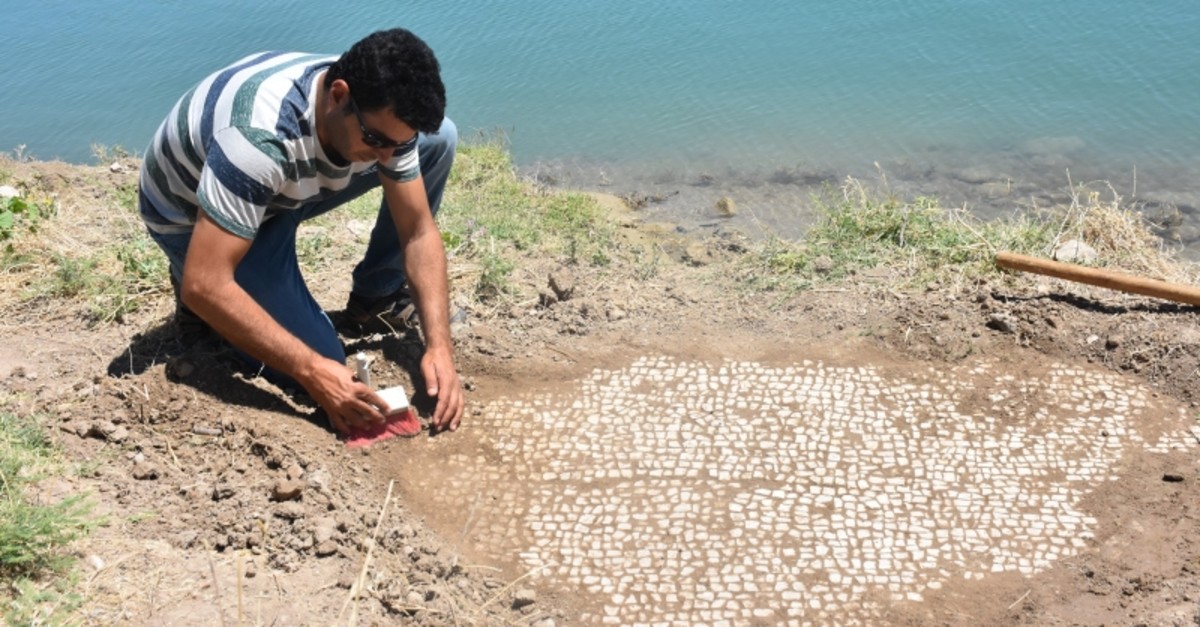 Fisherman discovered an ancient mosaic believed to date back centuries after waves eroded the soil that had hidden it in southeastern Turkey's Adıyaman province Wednesday.

The ancient mosaic, estimated to date back to the 6th century A.D., was discovered by a group of fishermen in Dışbudak village, located about 25 kilometers (16 miles) away from the city center, near the Atatürk Dam lake.

Mustafa Çelik from the provincial Directorate of Museums told reporters that they responded to the fishermen's report about the newly discovered mosaic and came to the area for examination.

Çelik said the water level at the Atatürk Dam rises depending on rainfall, noting that the mosaic was probably revealed after waves made my rising water levels eroded the soil layer that had covered the ancient artwork.

The mosaic was placed under protection by directorate officials for further examination.