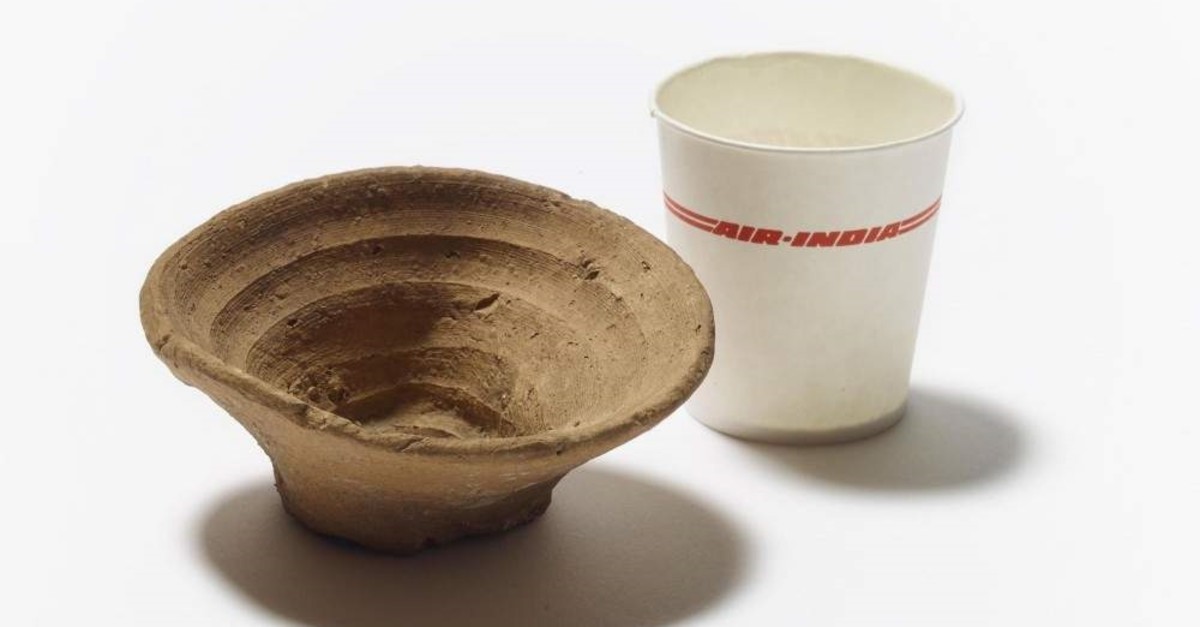 The clay cup will be displayed at the ,Rubbish And Us, exhibition. (The British Museum)
by Daily Sabah Dec 18, 2019 10:22 am
How many times have you shuddered at the thought of doing the dishes, just letting them sit there piling up in the sink? Well, it turns out modern humans weren’t the only ones who have hated the task.
Ancient humans had the same feeling; hence, their invention of the earliest example of the single-use cup was 3,600 years ago.
The handleless clay beaker was found on the island Crete and is thought to be the world’s oldest disposable cup. Archaeologists have determined that the vessel was used for wine and made by the Minoans, one of the first civilizations in Europe that flourished on the island starting from around 2000 B.C.
"People may be very surprised to know that disposable, single-use cups are not the invention of our modern consumerist society but in fact can be traced back thousands of years," Julia Farley, a curator at the British Museum, told the PA Media news agency.
Farley said the utensils were most likely used as a means for the local elite to show off “their wealth and status by throwing great big parties, feasts and festivals.”
“People were getting together in large groups and much like today, nobody wants to do the washing up," she added.
The artifact is set to go on display as part of the upcoming "Rubbish And Us" exhibition set to be hosted at the British Museum later this month.
Thousands of the conical cups have been found on the Greek isle, including at the Palace of Knossos, located on Crete's northern shores.
Last Update: Dec 20, 2019 2:29 am
RELATED TOPICS