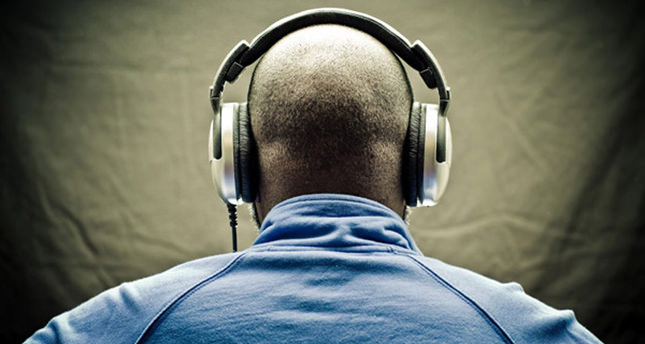 A recording of a top secret meeting on regional security issues at the Foreign Ministry leaks and consequently sparks a furious response from the government and the prime minister, who accuses the controversial Gülen Movement of being behind the act and promises swift punishment

ANKARA — An official statement was issued by the Ministry of Foreign Affairs following the illegal bugging of a top secret meeting held between the Minister of Foreign Affairs, the Deputy Chief of the Turkish General Staff, the Undersecretary of the National Intelligence Agency and the Ministry of Foreign Affairs about potential threats posed by the Islamic State of Iraq and the Levant (ISIL) to the Suleiman Shah tomb, officially recognized as a Turkish enclave in Syria. The statement read: "It has been observed today (March 27) that the tapes which were unlawfully recorded at a top secret crisis management meeting between state officials primarily responsible for Turkey's national security to evaluate the threats posed against the Suleiman Shah tomb located inside Syria and the risks and threats posed by the conflict in Syria for Turkey was manipulated and released on the Internet through the use of social media.

Regarding the wiretapping scandal, Turkey's Foreign Minister Ahmet Davutoğlu said, "This is explicitly a declaration of war against the Turkish Republic and its people. Illegal wiretapping of a security meeting is an blatent cyberattack." He remarked that all necessary measures would be taken against the attack and that the perpetrators would be punished in the most severe manner.

Carrying out evaluations among relevant institutions in response to a plot of territory under direct threat of terror attacks is a natural practice and one of the fundamental duties of the state. At the aforementioned meeting, Turkey's stance in the event of an attack on the Suleiman Shah tomb was confirmed to be one of protecting Turkish officials and staff in the complex and take necessary steps in efforts to provide security.

The publishing of a confidential meeting addressing the most sensitive security issues by the Ministry of Foreign Affairs to the public is a villainous attack, an act of spying and felony. This incident clearly depicts the magnitude of cyber and electronic attack threats Turkey is currently facing. Those traitor networks are enemies of our nation and our state. Perpetrators who have organized such attacks threaten the security of the nation and the state shall immediately be identified and receive heavy penalties for their crimes under the framework of the laws. The treacherous attack directly targeting the Republic of Turkey shall certainly be defeated."

The unlawful recording of the confidential meeting has received criticism from a number of circles. İlter Turan, a professor of International Relations at Bilgi University stated that it was the first time such an incident occurred in the history of the Turkish Republic. "There is a serious national security weakness," said Turan, who noted the government should take necessary steps to prevent such unlawful recordings. Mustafa Şen, the President of the Genar Research Institute expressed that the incident was a part of the Dec 17. operation, which aimed to topple the democratically elected government. "Controversially, the government actually benefited from this operation as it revealed traitors," said Şen.

A confidential meeting was held following ISIL's ultimatum on March 21, calling on the Turkish government to evacuate the Suleiman Shah tomb and the Turkish settlement surrounding the tomb guarded by Turkish soldiers within three days. These developments prompted the state's diplomatic, security and intelligence units to assemble and discuss steps that would be taken by Turkey. The meeting was held at the Foreign Affairs Ministry in Foreign Minister Ahmet Davutoğlu's official meeting room which features an exclusive security system. The officials discussed the steps that would be taken in the event of an attack by ISIL, how Turkey's response would be presented to foreign correspondents and the necessary steps to avoid putting Turkey in a difficult situation in terms of international law.

The broadcasting of unlawfully recorded tapes resulted in a restriction of access to YouTube. Turkey's Telecommunications Authority (TİB) blocked the popular video sharing website and posted a statement on the site which read, "The website has been closed due to national security concerns and taking into consideration the urgency of the situation."

Prime Minister Recep Tayyip Erdoğan has referred to the incident as an act of treason, villainess and ignominy. "We will confront them in their caves!" exclaimed the prime minister at his recent elections campaign rally in Diyarbakır, sending a message to the Gülen Movement, and condemned the incident as an attack targeting national security.

The bugging of the top secret meeting held among state officials was allegedly conducted by the Gülen Movement. The movement was accused of wiretapping thousands of individuals including prominent state figures such President Abdullah Gül, as well as academics, artists, journalists, universities and nongovernmental organizations.

Ankara's public prosecutor took immediate action following the release of the recordings. The newly established Office for Crimes Against the Constitutional Order initiated an investigation and the case will be handled under the scope of spying.