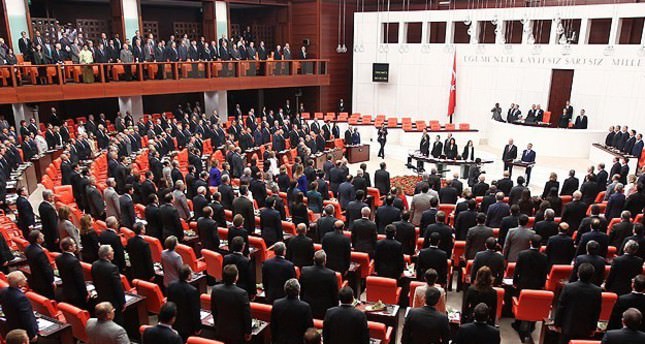 ANKARA — The Turkish parliament has voted to set up a parliamentary inquiry committee to investigate four former ministers accused of corruption.

It comes nearly five months after the sons of three of the ministers were arrested on suspicion of corruption during a raid.

A total of 469 lawmakers cast their votes on a secret ballot on Monday's voting, 453 of which were in favor, 9 against, 6 abstentions and one empty.

The committee to look into claims against the former ministers will consist of 16 lawmakers and issue a report at the end of a two-month investigation.

Caglayan, Bagis, and Guler on Monday addressed the general assembly in defense.

Refusing the claims, Guler said: "This investigation includes many illegal practices and abuse of power from the very beginning to the operation phase."

Caglayan also denied corruption allegations and stressed his contributions as economy minister, saying: "If this is a crime, I plead guilty."

Former EU Minister Bagis said, "The reality would emerge sooner or later. "We will never shy away from being held to account."

In March, the former ministers submitted an application to the parliament speaker for the establishment of a parliamentary committee to look into claims against them.

It was debated in the general assembly but voted down, effectively putting off the discussions until after the local elections at the end of March.