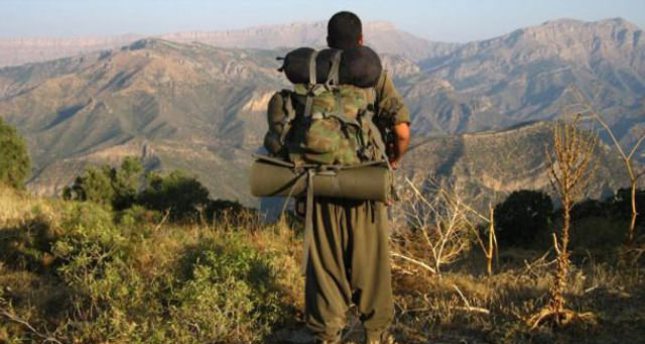 by AA Nov 03, 2014 12:00 am
Two senior militants from the PKK terrorist organization were arrested before the unauthorized rally that was held by several Kurdish groups in Turkey's southeastern province of Diyarbakır on Saturday. Kurdish groups held an unauthorized rally in response to a call made by the pro-Kurdish opposition Democratic Peoples' Party, or HDP. Groups of people gathered in Diyarbakır's Bağlar district, along with local HDP officials. Earlier on Wednesday, the HDP issued a call for global demonstrations in support of Kobani, the Syrian border town currently under siege by the Islamic State of Iraq and al-Sham (ISIS). The two arrested senior PKK members, Abdullah Kaplan and Cüneyt Yeni, were arrested for plotting to assassinate members of Turkey's judiciary and security forces as well as conspiring to create trouble across Turkey. Abdullah Kaplan was wounded in a shootout in Kobani when he fought against ISIS and came to Turkey using a false identity. After receiving medical treatment, he was sent to Diyarbakır to incite anarchy in eastern Turkey. Another PKK member, Cüneyt Yeni, entered Turkey from PKK camps in northern Iraq. The deadly pro-Kurdish protests erupted during the Eid al-Adha holiday, only one day after ISIS militants entered parts of Kobani, also known as Ayn Al-Arab, on Oct. 6.