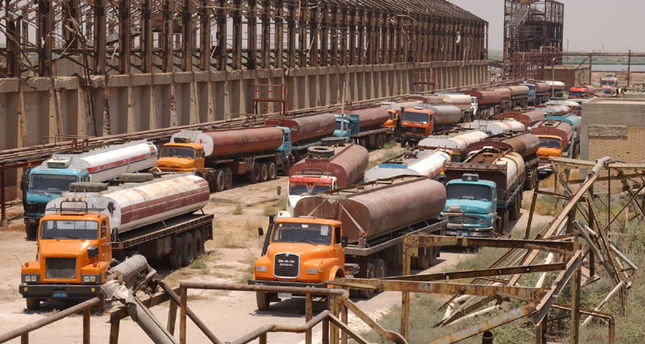 by AA
Nov 07, 2014 12:00 am
Turkish police along with a unit of soldiers launched an extensive operation into oil smuggling in the border province of Hatay on Friday, Anadolu Agency reported. The ongoing operation was carried out under the coordination of the Provincial Command of the Gendarmerie as well as several units of border patrols and police squads. During the operation, security forces controlled entrances and exits to the neighborhood. The pipelines being used for oil smuggling were destroyed, many firearms were confiscated and suspects were arrested during the operation. Hatay, which borders Syria, is a favorite route for the illegal trafficking of oil, alcohol, tobacco products, luxury cars and drugs. On Friday, Interpol confiscated 23 stolen luxury cars at the Cilvegözü border gate in Hatay.