Police officer caught with five million TL worth of drugs 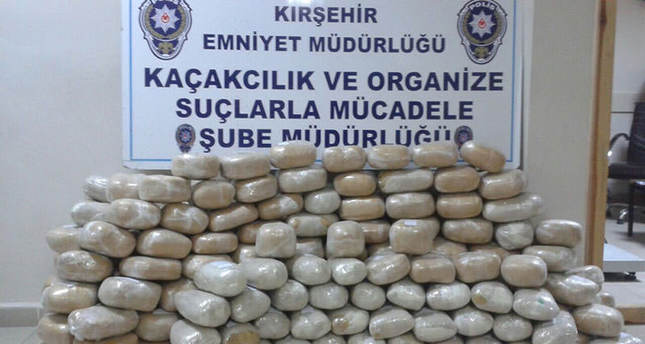 A police officer has been caught with 5 million TL ($2 million) worth of drugs in a car he was driving on Monday in the central province of Kırşehir.

The suspect was caught following a tip off to Kırşehir Provincial police. The drugs in the car amounted to 205 kilograms, the police have reported.

The suspect H.F., who was reported to be a police officer in the eastern city of Van and was on duty at the time of the incident, was later arrested with a court order.

Share on Facebook Share on Twitter
Previous in Investigations U.S. based imam Fethullah Gülen is depicted as number one suspect... Next in Investigations An investigation has been launched by the Public Prosecutor of Ankara...
DAILY SABAH RECOMMENDS