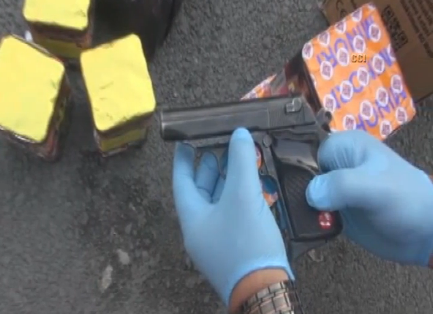 
Istanbul Police have detained five suspects in connection with the outlawed-PKK's youth movement group (YDG-H) in an operation carried out on Wednesday after receiving a tip-off that the group was planning to launch terror attacks.

The operation, initiated by the counter-terrorism unit of the Istanbul Police, was carried out in Istanbul's Küçükçekmece district. Security forces have seized explosives, a handgun and some sharp objects while detaining the five suspects.

According to the report, police were informed that those detained were allegedly preparing to launch attacks on public buildings, police headquarters and vehicles.

The PKK is recognized as a terrorist organization by Turkey, the United States, and the European Union. Turkey was long plagued by the PKK's bloody campaign of terror for Kurdish self-rule in the southeast that killed tens of thousands over three decades.
Last Update: Jul 15, 2015 8:35 pm
RELATED TOPICS