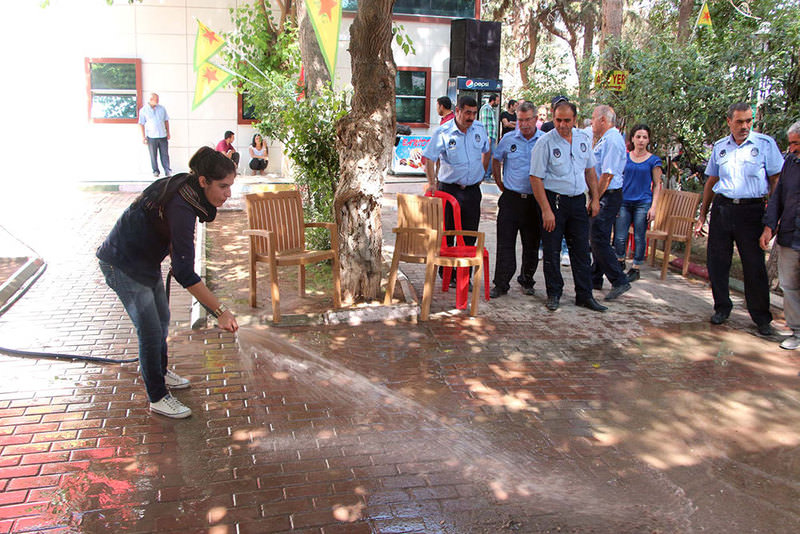 by Anadolu Agency Jul 22, 2015 12:00 am
Websites and social media platforms, including Twitter, have been banned from publishing graphic images of Monday's deadly Suruç terrorist bombing in southeastern Turkey. However, the decision was later revealed.

A court imposed restrictions on the images after local prosecutors called for a ban. The ruling aimed to block Internet access to images of the moments after an explosion killed 32 people.

Images of the blast had earlier gone viral on social media and news outlets.

Monday's bomb targeted a youth group holding a press conference, and also left more than 100 people wounded. Today's ruling came after the Suruç Prosecutor's Office appealed for a ban on the footage of the terror attack in broadcasting all forms of media.

The court ruled to ban the broadcast of footage that showed the moment of the explosion. Sites that do not remove the related content were to be blocked, according to the ruling. The Turkish Union of Access Providers, media institutions, websites and social media platforms have been informed about the ban.