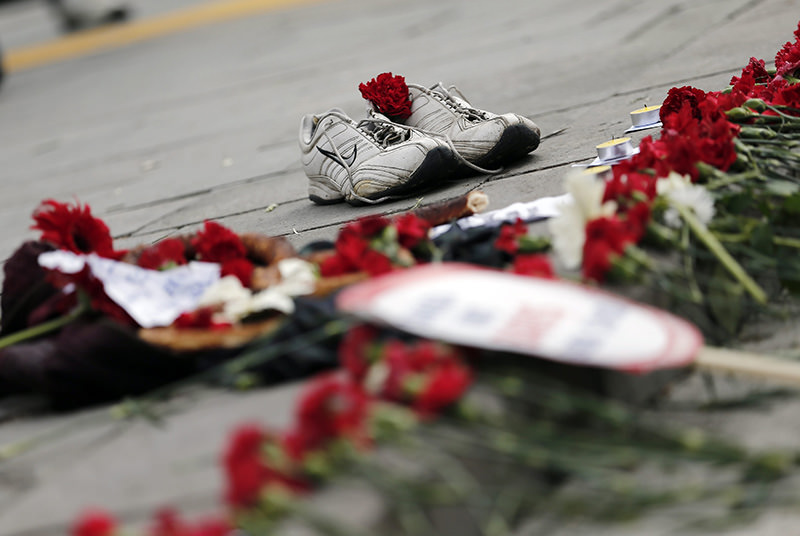 by daily sabah
Oct 16, 2015 12:00 am
Ankara Public Prosecutors' Office announced Friday that the death toll in twin suicide bombing attack during a peace rally on October 10 in Turkish capital increased to 102, while so far 13 were detained due to involvement with the vicious attack.

101 of those who were killed in attack have been identified and their bodies were handed over to their families, the statement said.

The statement noted that 13 people have been detained with suspicion of involvement with the attack and the investigation is underway.

The prosecutors' office highlighted that the public opinion should not give credit to speculative information about the investigation. A broadcast ban over the investigation was applied on Wednesday.
Last Update: Oct 18, 2015 1:10 am