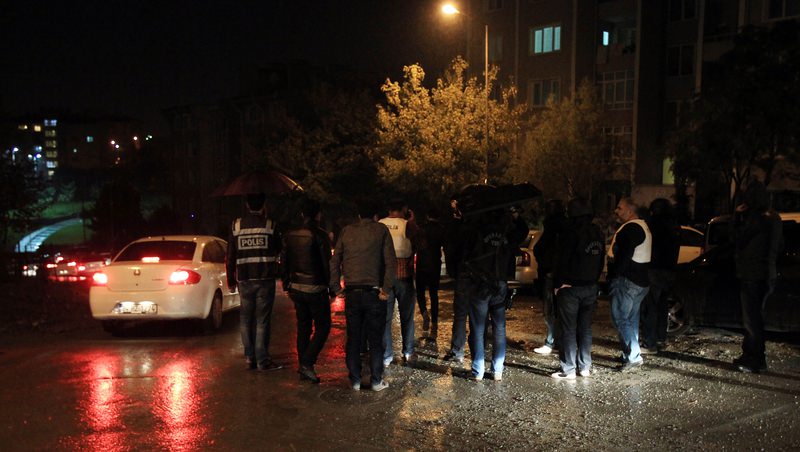 by daily sabah
Oct 21, 2015 12:00 am
Turkish police has arrested a senior ISIS commander and 11 people suspected of having links to terrorist organization ISIS on Wednesday, following counter-terror operations in Istanbul.

Simultaneous operations took place at several addresses in Başakşehir district on Istanbul's European side, and 11 suspects with Daghestan nationality have been detained, the statement released by police department said.

The Chechen ISIS commander was arrested after detention, while two other suspects thought to have arranged accommodation for ISIS recruits and provided assistance for them to join the group in Syria are to be referred to court for arrest after their interrogation.

Nine other detainees were transferred to the Foreigners Department for deportation.