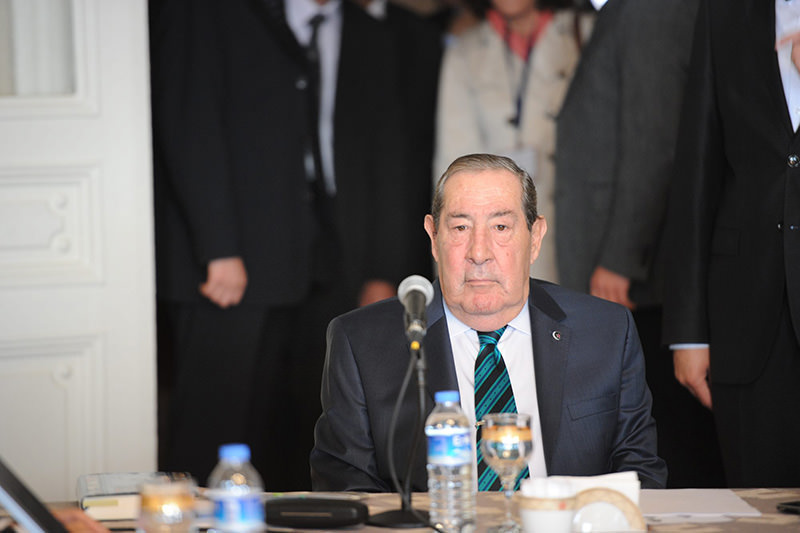 by Daily Sabah Dec 04, 2015 12:00 am
The Ankara Public Prosecution office issued a warrant requiring the testimony of former Chief of General Staff Ret. General Yaşar Büyükanıt on the suspicion that he is responsible for the April 27, 2007, e-memorandum - eight years after the incident.

In the warrant written by prosecutor Selda Binboğa Kurtuluş from the Investigation Bureau of Crimes Committed Against Constitutional Order, Büyükanıt, who is expected to testify next week in the Istanbul Public Prosecutor office, is reportedly not accused of any crime.

The investigation into the e-memorandum, a thinly veiled coup attempt by the military, has progressed three years after it began with prosecutors interviewing a plaintiff.

Adem Çevik, an activist, had filed an earlier complaint against the memorandum published in April 2007 on the Turkish Armed Forces' website, and prosecutors began an inquiry in 2012. Testifying to a prosecutor in Ankara in June, Çevik said Büyükanıt and then Land Forces Commander İlker Başbuğ were behind the memorandum. Çevik said they sought to shut down the ruling Justice and Development Party (AK Party).

Büyükanıt previously said he personally penned the e-memorandum text at that time. He released a statement insinuating that the military would not allow Abdullah Gül, the AK Party's presidential candidate, to run.

The army, the self-styled defender of secularism, took it upon itself to warn the government about the threat to secularism in the vein of another ultimatum by the Armed Forces in 1997 to the government that eventually led to the collapse of the Islamist government in a "bloodless" coup. According to the memorandum, exclusively published online, the army was concerned about the "erosion of basic values, primarily secularism," and tied the activities of the conservative population permitted by the government, such as the recitation of the Quran at public events, to a reactionary movement "against the state."

The statement apparently targeted Gül, a presidential candidate with a conservative history in a country where a civil servant married to a woman wearing a headscarf was deemed a threat to state security by the secular elite. Gül eventually won the election, while the government ignored the harshly worded memorandum.
Last Update: Dec 04, 2015 6:24 pm
RELATED TOPICS