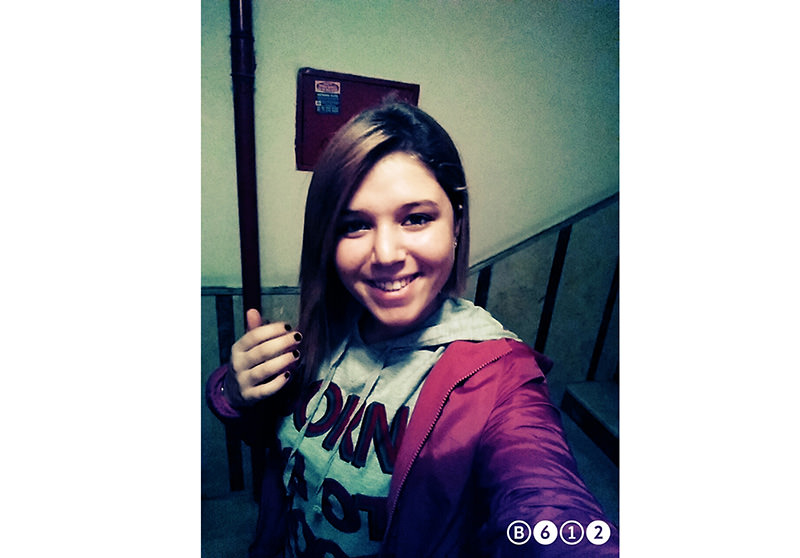 | DHA photo
by Daily Sabah Dec 04, 2015 12:00 am
A father killed her 17 year-old daughter in the name of "family honor," when she returned to her parents' home after eloping with her fiancé.

The incident happened on Thursday morning at around 8 a.m. in Turkey's Kırıkkale province in the Central Anatolia region. Sinan Türkoğlu, a cook at a boarding school, became furious after he saw his daughter Beyza come home after her temporary elopement. He reportedly first stabbed her with a knife in various parts of her body, and when she was not dead, he took her to the bathroom, where he drowned her in a water-filled washbasin.

Following the murder, the father called police, saying: "I killed my daughter, come and arrest me." In his first testimony, Türkoğlu told the police that he killed his daughter "to restore the family's honor." Türkoğlu was then transferred to the court, where he was arrested.

According to a nonprofit organization, 1,134 women lost their lives in the past five years, due to domestic violence or so called honor killings. The number is compiled from media reports on murders while an official figure on the number of murders is not available.

Although the Turkish Ministry of Family and Social Security Policies announced tighter measures against violence, including increase in punishments and broadening law enforcement agencies' role, these measures proved to be ineffective to curb the increasing trend in violence against women.

Turkey was the first signatory country of the Istanbul Convention on August 1, 2014, which sets the obligations of European Council members to curb domestic violence and violence against women, while the 2012 dated Law on Family Protection and Prevention of Violence Against Women was codified by the Turkish Parliament for stricter penalties and effective measures against perpetrators.

Experts state that the problem resides in enforcing the law and practicing the plans against violence.

On the same day, a Turkish court handed down aggravated life imprisonment to three suspects for the murder of university student Özgecan Aslan, who was brutally killed in southern Mersin province after getting into the passenger minibus operated by one of the defendants.
Last Update: Dec 04, 2015 5:10 pm
RELATED TOPICS