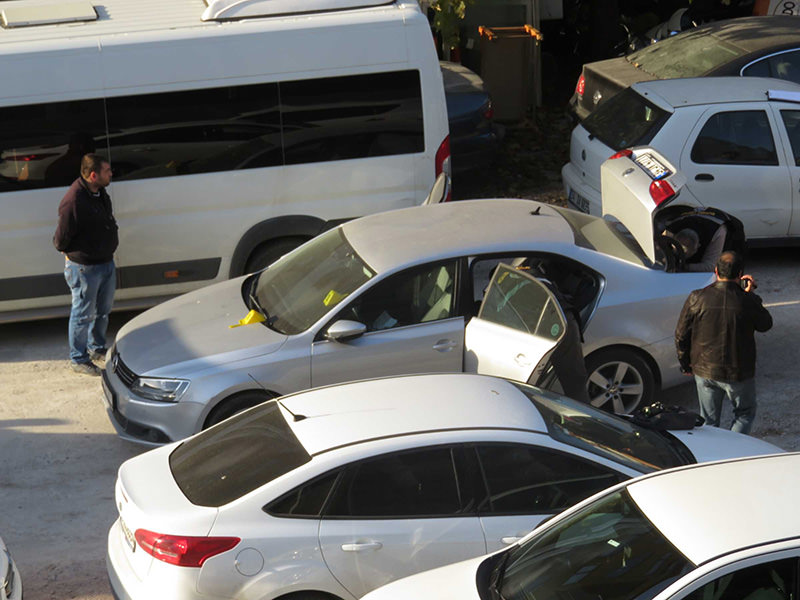 |DHA Photo
by Daily Sabah Dec 05, 2015 12:00 am
A large amount of weapons and bombs were seized on Saturday in a car which was stolen for a while, when the owner inspected the car before he received it in Istanbul's Maltepe district.

The owner was notified that his stolen car was found and waiting for him in a parking lot. However, upon his inspection of the car, he came across two Kalashnikov rifles, two Glock brand pistol, two hand grenades, six spare magazines and a ski mask with a large amount of bullets in his car.