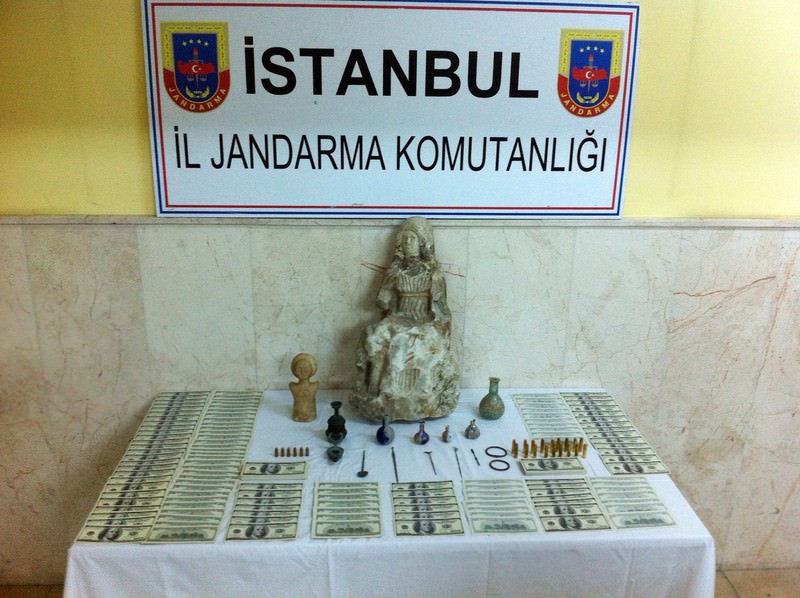 by Daily Sabah Dec 11, 2015 12:00 am
Gendarmerie units seized historical artifacts dated back to Roman and Byzantine Empires in Kuyumcukent, an Istanbul gold and silver jewellery production and trade center, during a raid on Friday.

The gendarmerie launched an operation into a jewellery and detained three suspects after they were informed that the suspects were marketing historical artifacts.

During the operation, a total of 162 silver coins, two sculptures and more than 20 other items were confiscated. The 161 coins seized in the operation are believed to be a part of a series of coins that date back to the Alexander the Great era while other artifacts were estimated to be from Roman and Byzantine eras.

Hagia Sophia Directorate of Archeology and Museums said the coins were from a single series and it was rarely seen that a series of coins reaching to the modern day without being harmed.