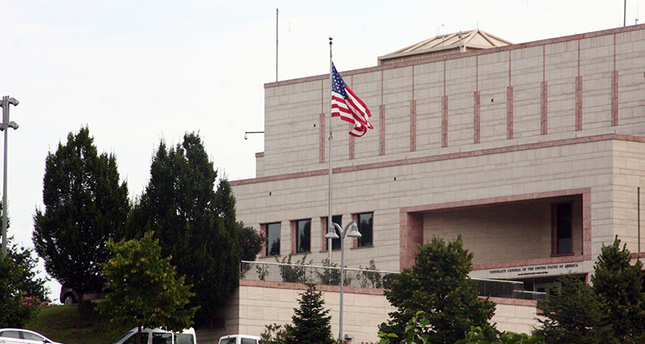 |IHA Photo
by Anadolu Agency Dec 15, 2015 12:00 am
Police arrested a man they claim had been planning a suicide bomb attack on the U.S. Consulate in Istanbul, a security source said on Tuesday.

The suspect, who is said to have links to DAESH, was arrested on Dec. 8 at a bus station in the southern city of Kahramanmaraş and appeared in court two days later when he was remanded to custody.

He had traveled to Kahramanmaraş from Samsun on the Black Sea coast. The consulate canceled consular services on Dec. 9 due to a "possible security threat" and on Monday and Tuesday the U.S. Embassy in Ankara limited services for security reasons.

The suspected terrorist identified as Hardani was reportedly born in 1991, and his mother also works for DAESH around Anbar province in Iraq.
Last Update: Dec 16, 2015 2:18 pm
RELATED TOPICS