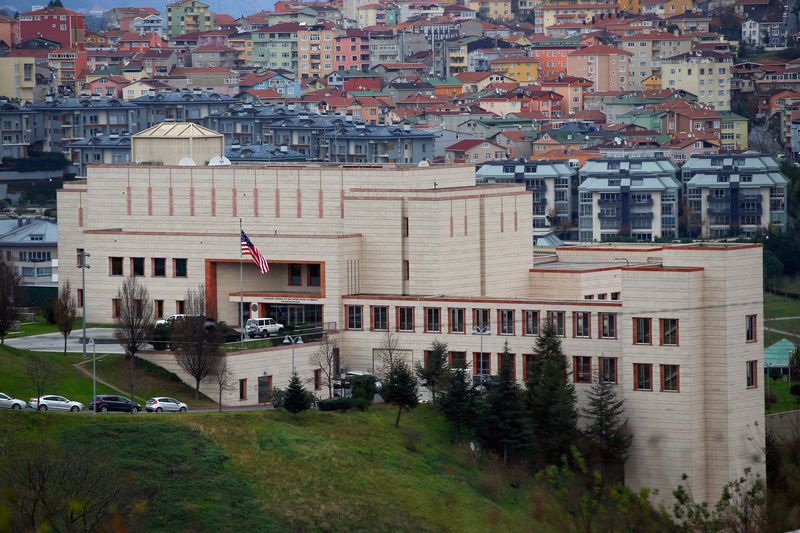 by Daily Sabah Dec 17, 2015 12:00 am
Istanbul police detained 11 people Thursday after receiving intelligence that Daesh would carry out attack on the U.S. consulate building located in the Istanbul's Istinye district.

According to Turkish media, the operation came after anti-terror and intelligence police officers received intelligence from the Central Intelligence Agency (CIA) that Daesh would attack the consulate.

Officers raided a house in the city's Esenyurt district and detained 11 Syrian nationals for allegedly being Daesh members. One of the detained suspects is said to be Abdulaziz Ameen Mojbil, a member of the terror group who was sought by the U.S. on suspicion of recruiting extremists into Syria.

Police said the suspects were carrying fake ID cards and efforts were underway to reveal their real identitities.

Security forces have been closely monitoring investigations and precautions have been taken around the U.S. consulate, police said.

The U.S. facility shut down its consular services for a day on Dec. 9 after receiving information of a security threat.
Last Update: Dec 17, 2015 8:27 pm
RELATED TOPICS