Top Gülenists on trial for jail plot against movement's critics 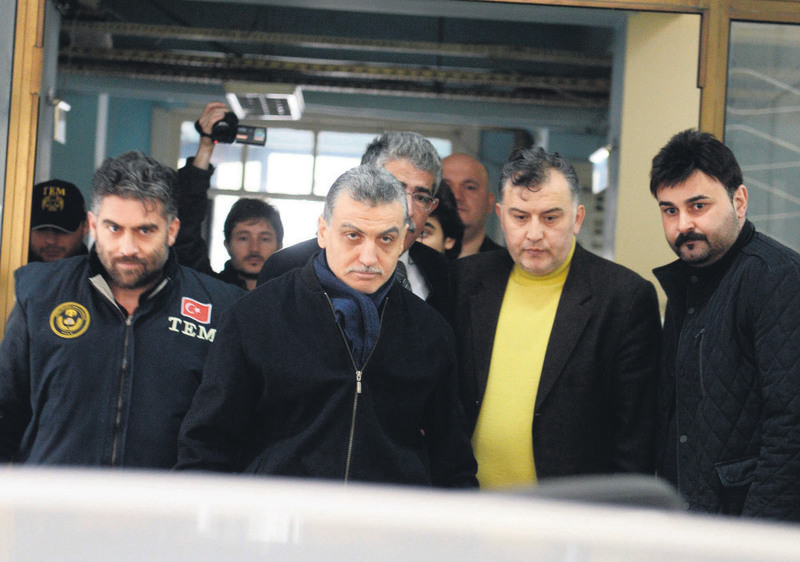 Fethullah Gülen, the U.S.-based head of the Gülen Movement, and 32 others face life in prison in a trial scheduled to start today in Istanbul on charges of imprisoning critics of the movement by Gülenists in the police and judiciary

Istanbul will host its first trial in a case against members of the Gülen Movement whose many members are implicated for terror charges for attempting to oust the government. Fethullah Gülen, the fugitive leader of the movement who currently resides in the United States, and 32 others, including former police chiefs face prison terms of up to 235 years in total for plotting to imprison critics of the movement.

Along with Gülen, Hidayet Karaca, CEO of Samanyolu Media Group who is allegedly linked to the Gülenists, and former police chiefs Ali Fuat Yılmazer, Yurt Atayün and Ömer Köse will be tried in what is known as the "Tahşiye" case. Tahşiye refers to a religious community of Sunni Muslims whose leader, Mehmet Doğan, is known for his opposition to Gülen's religious views. Doğan, a frail former imam known for his outspoken views against the Gülenists and 122 other members of Tahşiye, were detained in 2009. The detentions came after Gülen and media outlets linked to him made several references to the group as "dangerous with a potential for arming against Turkey." All members of Tahşiye were later released and acquitted due to the lack of evidence. A court later discovered that early raids by police against the group were "illegal," as the police acted without sufficient evidence and police officers' fingerprints were found on materials seized at the raided locations. It was claimed that the raids and subsequent detention of Doğan and others were the work of police officers and prosecutors associated with the movement, which already faces charges of an attempt to overthrow the government through its infiltrators within law enforcement and the judiciary.

Today's trial held at Istanbul's 14th Heavy Penal Court marks the first trial in the city against the Gülenists whose wrongdoings are in the spotlight after a string of operations against the movement have been conducted since 2014. Istanbul is home to the headquarters of prominent Gülenist media outlets including Samanyolu, a media conglomerate once run by Hidayet Karaca - a prominent figure of the movement who has been imprisoned since December 2014 in the Tahşiye case. Karaca is among nine imprisoned defendants while several others are either on the run or were released pending trial after the 2014 operation.

Karaca and other suspects linked to the Gülenists were accused of publishing false reports against the Tahşiye group as well as defaming it on TV. Police officers are charged with setting up a plot with forged evidence to imprison Doğan and the others. The indictment in the case leaked to the press said police officers and chiefs from the Istanbul branch of the Turkish National Police concocted evidence to charge the Tahşiye members under the orders of Gülen.

Gülen, a wanted suspect in other cases regarding his Gülenist Terror Organization (FETÖ), also known as the "parallel state structure" - a formal name for Gülenists involved in terrorism - and Karaca are charged with running an armed criminal organization, forgery in official documents and defamation. Charges carry sentences varying between 70 years to more than 235 years for each count. The trial is a culmination of complaints filed by 64 people detained in the Tahşiye case or wrongfully accused in the same case. Five other defendants in the case were released earlier while authorities issued a red notice for the capture of Gülen whose last known whereabouts is a mansion in Pennsylvania. The indictment says Gülen heads an organization whose history dates back to four decades ago, adding that the organization sought to take over the state.

His movement is already entangled in a series of police operations and lawsuits on a wide-range of charges from fraud to illegal wiretapping, blackmail and most seriously, plotting to overthrow the government by jailing those close to the government and eventually, high-ranking officials, on false charges.

According to a legal timetable, other lawsuits in Istanbul against prominent Gülenists will start in January and February. Gülen is also a defendant in those cases as well. In the first week of February, Gülen and others will stand trial in the infamous Selam-Tevhid case - where police chiefs acting on the orders of Gülen are accused of conducting illegal wiretapping of thousands of civilians, from journalists to bureaucrats, under the guise of a terror investigation.
RELATED TOPICS