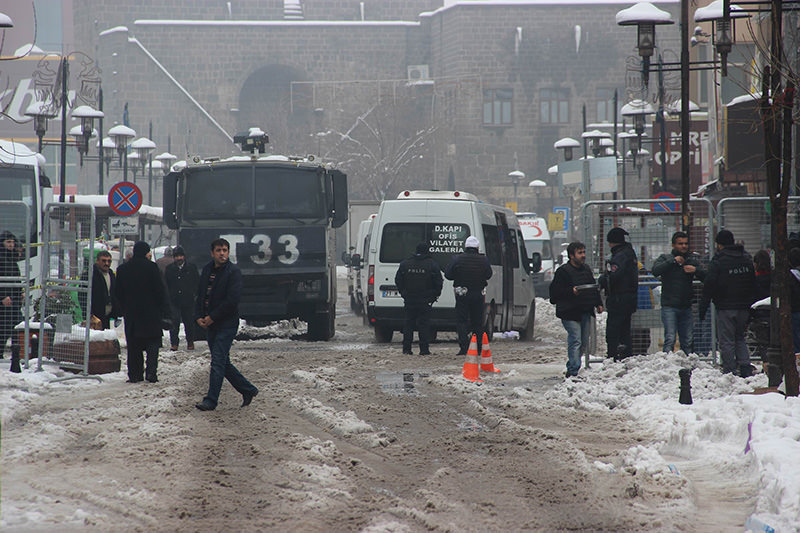 | DHA photo
by daily sabah Jan 06, 2016 12:00 am
A female teacher has been heavily injured after being shot by a ricochet bullet believed to be fired by PKK terrorists on Wednesday in the conflict-riddled district of Sur in Diyarbakır. The bullet hit the teacher in the head, the agencies reported.

Sur has been the scene of intense clashes since the PKK resumed its armed campaign in late July, which led to Turkey undertaking one of its most extensive operations against the terrorist group in recent years, in southeastern Turkey.

Meanwhile, many civilians have been the target of the PKK in efforts of pressurizing local people to take arms against the state.

The group's latest victim was a teacher with the initials M.K, (51). As she was reportedly at her house in the eighth floor of a building, she was shot by a ricochet bullet fired from the direction of the location where the terrorists were based.

M.K. was then taken to the Dicle Hospital for further treatment. She is reportedly married with two children.

Meanwhile, an investigation has been launched into the incident.
Last Update: Jan 06, 2016 5:35 pm
RELATED TOPICS