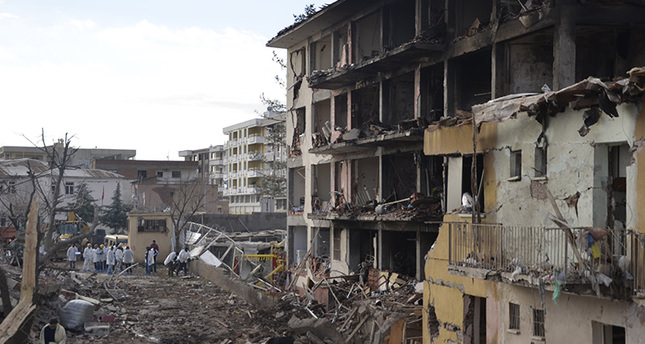 PKK terrorists attacked the police department in the district of Çınar in Diyarbakır. The attack included a car bomb, rocket launchers and rifles as five civilians – three of them children – and a police officer were killed, while 39 others including six police officers were injured.
Last Update: Jan 18, 2016 4:01 pm
RELATED TOPICS