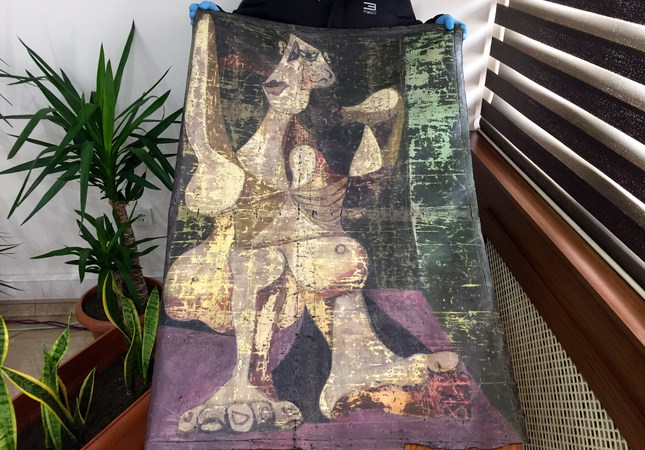 According to information gathered from security sources, the artwork was stolen from a collector's house in New York and was brought to Istanbul by the smugglers.

Policemen pretending to be buyers met two times with the smugglers. In the first meeting, two officers bargained on the price of the painting and agreed to pay the fugitives seven million dollars.

The second meeting took place in a cafe in the district of Fatih in Istanbul. Seeing that the smugglers brought the masterpiece with them, the officers immediately detained the two and seized the painting.

The operation "Peace in the Seven Hills" was backed by helicopters and involved raids on predetermined addresses throughout the night.
Last Update: Jan 31, 2016 8:51 pm