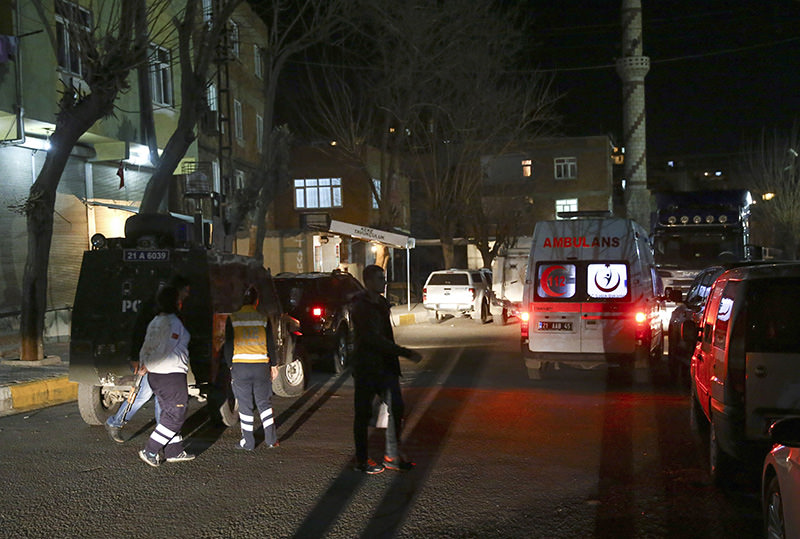 | AA photo
by Daily Sabah with AA Mar 02, 2016 12:00 am
A 19-year-old former PKK convict was killed, while four children between the ages of three and eight were wounded, when a makeshift bomb exploded at a house in the southeastern Diyarbakir province Tuesday evening.

A makeshift bomb, made with a gas cylinder, caused the blast that occurred at 7 p.m. local time (1700GMT) Tuesday in the central Yenişehir district, according to a statement issued by the governor's office on Wednesday morning.

Investigators believe that the bomb went off as it was being carried by a man with the initials E.Y. who was killed in the blast, the statement said. A fingerprint analysis identified the man.

Born in 1997, E.Y. had been prosecuted for "engaging in acts on behalf of the terrorist PKK/KCK organization" and "destroying public property".

The blast also wounded four children who have been hospitalized, the statement added.
Last Update: Mar 02, 2016 10:11 am
RELATED TOPICS