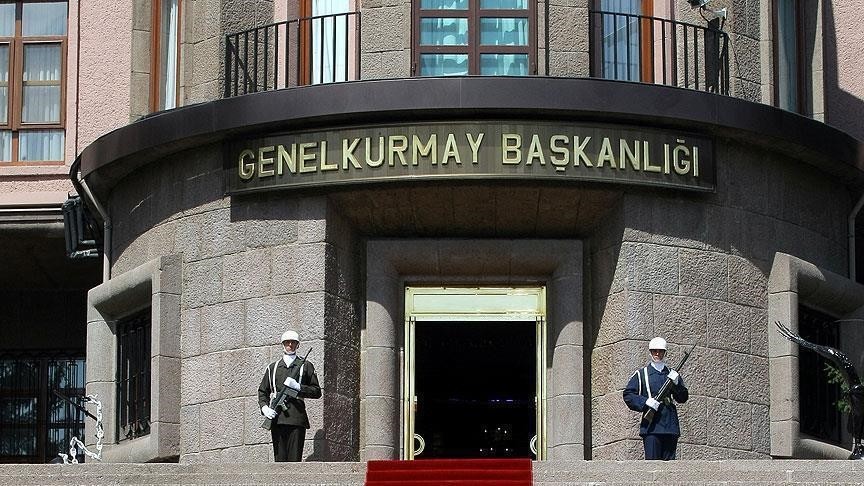 by Anadolu Agency Aug 08, 2016 12:00 am
Turkish General Staff has denied allegations over Gülenist terror-linked officers fleeing to Qandil Mountain, a PKK base in northern Iraq, according to an official statement.

The Turkish army's media and press center issued a statement on Monday and disclaimed allegations that some members of the military allegedly linked to the FETÖ fled to the PKK's base in northern Iraq.

The allegations were released by certain Turkish media organizations, claiming three pro-coup generals and 57 other soldiers on July 16 came to Silopi, a district of Şırnak province in southeastern Turkey by using helicopter and crossed to Habur border gate in the Turkey-Iraq border, located in northern Iraq.

"These reports do not reflect reality. Because Turkish Armed Forces completely controlled the Silopi district on the morning of July 16, 2016 and there was also no helicopter mobility in the region," the statement said.

Deputy Prime Minister Numan Kurtulmuş also said Monday that this allegation was not confirmed by the Turkish army.

"Now, these are just speculations from our point of view," Kurtulmuş told reporters in the capital Ankara after the Council of Ministers' meeting.

The July 15 coup attempt claimed at least 240 lives and injured nearly 2,200 others, sending shockwaves throughout Turkey, the region and the world at large.

Ankara has accused U.S.-based preacher Fetullah Gülen for leading the putsch through his followers within the military who formed the FETÖ.

Gülen is being sought by an Istanbul court to face charges, and Turkey has made an official request to Washington for his extradition.

Gülen is also accused of a long-running campaign to overthrow the state through the infiltration of Turkish institutions, particularly the military, police and judiciary, forming what is commonly known as the parallel state.
Last Update: Aug 09, 2016 12:13 am
RELATED TOPICS