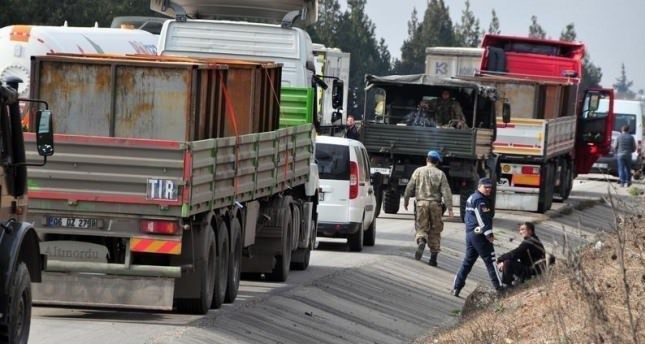 Fifteen out of the 34 had already been remanded in custody for the July 15 coup attempt perpetrated by Gülenist cult militants embedded in the Turkish Armed Forces (TSK).

The suspects, all of whom are soldiers, reportedly ordered the MİT trucks case be dismissed with the help of 15 other civilian Gülenists working in state institutions.

In January 2014, several trucks were stopped by the local gendarmerie in southern Adana and Hatay provinces on the grounds that they were loaded with ammunition, despite a national security law forbidding such a search.

The Interior Ministry said at the time that the trucks, which were reportedly carrying arms to northern Syria, were in reality taking humanitarian aid to the Turkmen community living in the war-torn country.

A coup attempt was launched by a small military junta linked to FETÖ, starting from mid-afternoon on July 15.

The attempt was quelled by military troops loyal to the government, along with police units and millions of Turkish citizens.

As a result of the coup, 237 people were killed, including 41 police officers and 47 civilians, while 2,191 others were injured. Some 104 pro-coup figures were also killed.

Ankara has repeatedly said the deadly coup attempt was organized by U.S.-based figure Fethullah Gülen and members of his FETÖ.