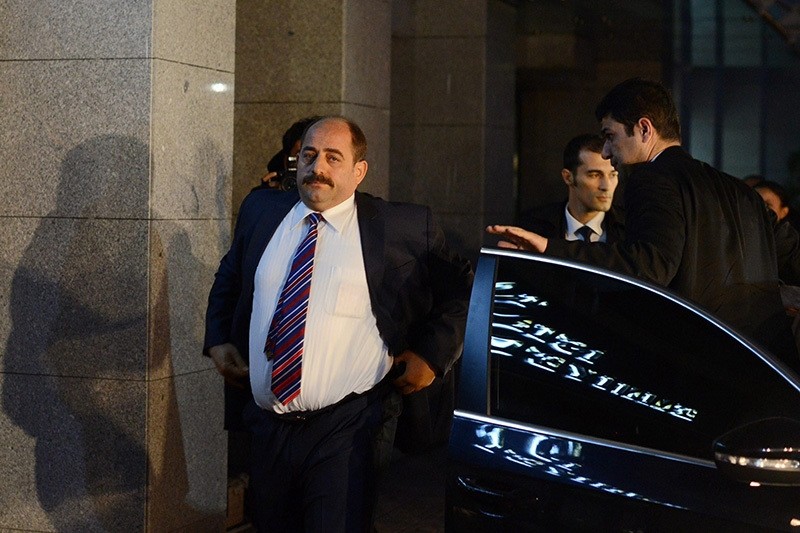 Zekeriya Öz, Celal Kara and Mehmet Yüzgeç, three prosecutors behind two disguised Gülenist Terror Group (FETÖ) coup attempts in 2013, face life terms, as a new indictment was released yesterday that accuses them of terrorism and being involved in the coup attempt.

Kara and Öz are believed to be in Europe after they fled Turkey following an investigation into their alleged wrongdoings was launched last year. Yüzgeç's whereabouts are also unknown.

The Istanbul Prosecutor's Office had launched an investigation into the three men with suspected links to the FETÖ over allegations that they sought to overthrow the government by conducting an anti-corruption probe based on false evidence to imprison those close to the government. The anti-graft probe was followed by two operations by Gülenist police officers in December 2013, which have found the FETÖ's broad clout in the country. The sons of Cabinet ministers and prominent business figures were rounded up in operations that sought to link the ministers to corruption. The government calls the operations a Gülenist coup attempt. Öz is accused of leading the team of three prosecutors in the disguised coup attempt.

The investigation followed complaints from a number of plaintiffs, including President Recep Tayyip Erdoğan and former and current ministers who were illegally wiretapped, although they had immunity at the time of the anti-graft probe.

The indictment claims prosecutors, police chiefs and officers conducting the operations in 2013 aimed to overthrow the government by forging evidence and illegally gathering evidence to implicate ministers. "The suspects violated judiciary principles by using the media to propagate unfounded allegations of public officials despite a lack of evidence," the indictment claims. It points out that all lawsuits against the defendants, from sons of former ministers to managers of a state-run bank, in December 2013 investigations concluded in a nonsuit.

Öz and others are accused of receiving instructions from the FETÖ and its followers to conduct the December 2013 operations.

Kara, Öz and Yüzgeç were dismissed by a judiciary watchdog from their duties after an investigation started last year into their wrongdoings on the grounds that their acts "damaged the honor of their profession and the reputation of their public post."

The three suspects were also behind a string of high-profile trials in recent years before the FETÖ was designated a terrorist organization. Öz, a media-savvy figure, rose to fame as the prosecutor who conducted the Ergenekon investigation in 2007. Ergenekon, according to Öz's indictment, was a terrorist organization formed by former generals, journalists, academics, dignitaries and many others bent on fomenting chaos in Turkey. Years later, it was discovered that Öz and other prosecutors on the case forged evidence to imprison the defendants, most of whom are staunch critics of Gülenists. The defendants in the Ergenekon trial were acquitted after new prosecutors exposed the plot to imprison them.