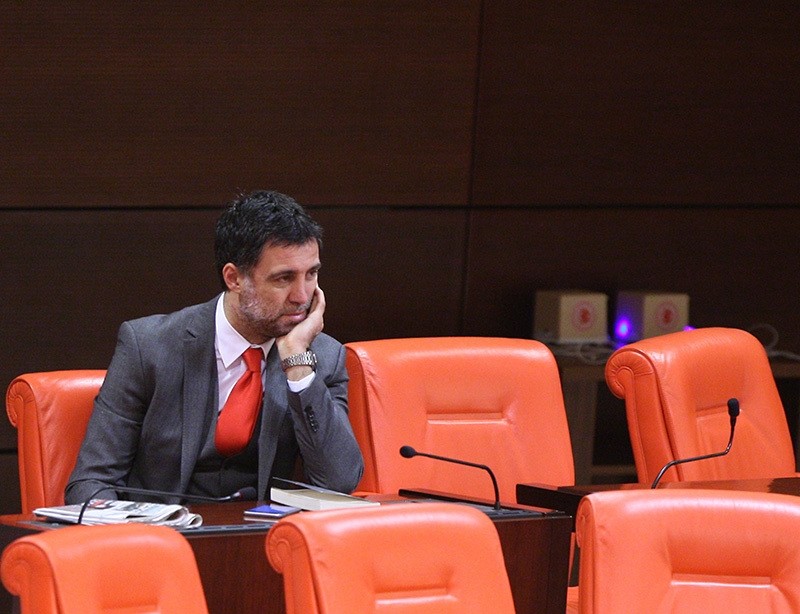 The Istanbul Prosecutor's Office issued an arrest warrant for former international football star striker and MP Hakan Şükür on Tuesday in the probe over the failed July 15 coup carried out by Gülenist terror cult.

Şükür is accused by prosecutors in Sakarya province and in Istanbul of being a "member of an armed terror group" known as the FETÖ led by the US-based preacher Fetullah Gülen.

A similar warrant was also issued for his father Selmet Şükür. He was detained on Friday, upon a tipoff that he was attending the Friday prayer in a mosque located in northwestern Sakarya province.

A court ruled for the confiscation of Şükür's properties on Friday for allegations of providing financial assistance to FETÖ. The total worth to be confiscated is believed at 200 million Turkish liras ($67.58 million)

Neither man were found at their Istanbul and Sakarya residences after the warrant was issued.

Şükür and his family left Turkey last December, and he is currently believed to be in the United States.

Şükür was one of the stars of Turkey's third place performance in the 2002 World Cup and a household name in the football-mad country.

A striker whose football career stretched from 1987 to 2007, Şükür was by far the most prolific goalscorer in the history of the Turkish national side, finding the net 51 times in 112 appearances.

He was a stalwart player for Istanbul side Galatasaray but also had stints abroad for Inter Milan, Parma and Blackburn Rovers.

His goal after just 11 seconds of play against South Korea in 2002 remains the fastest goal in World Cup history.

After football, Şükür, known to have ties with Gülen, went into politics and was elected an MP with ruling Justice and Development Party (AK Party) in 2011.

But he resigned in 2013 after a vast probe that targeted government officials and their relatives on corruption charges, declaring his open support for Gülenists, while criticizing government measures targeting FETÖ-run media institutions and schools.

Şükür and his couple other teammates from Galatasaray and Turkish National Football Team had recently been accused of serving the Gülenists for decades.