Former lieutenant arrested in connection to murder of Hrant Dink 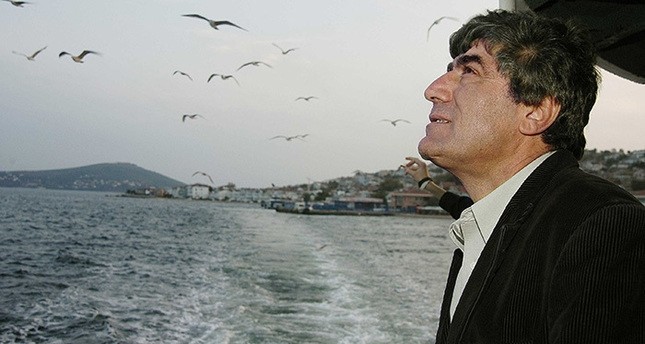 An Istanbul court ordered the arrest of a former lieutenant in the gendarmerie, a paramilitary unit responsible for security predominantly in rural areas in Turkey, on Friday over the 2007 murder of Armenian-Turkish journalist Hrant Dink.

Ali Barış Sevindik, who was serving as a lieutenant at the time of the murder in the Istanbul gendarmerie command's intelligence department, was detained and sent to Cağlayan courthouse in Istanbul along with two other suspects.

As part of the ongoing investigation by the Istanbul chief public prosecutor's office into the Dink murder case, the court ruled that Sevindik would be taken to prison while the other two suspects would be released but banned from leaving Turkey.

With Sevindik's arrest, the number of people arrested over Dink's murder reached 10.

Dink was gunned down in 2007 by a 17-year-old teenager in Istanbul outside the office of Agos, a Turkish-Armenian weekly where he was editor-in-chief. His murder was blamed on ultranationalists, but a new investigation has revealed that former police chiefs and gendarmerie intelligence officers were aware of the murder plot and did not act to prevent it.

Those police chiefs, linked to the Gülenist terror cult, were arrested on charges of cover-up and negligence. Gülenists are accused of plotting the murder, in an attempt to blame it on critics of the cult.