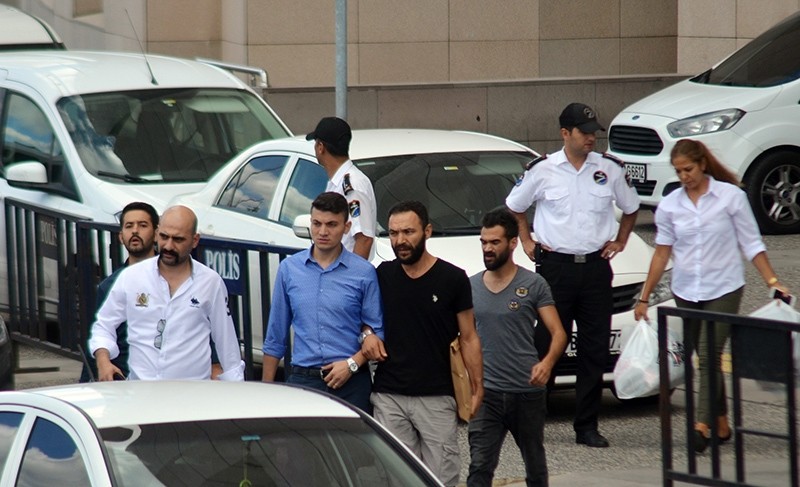 | IHA Photo
by Compiled from Wire Services Aug 15, 2016 12:00 am
Police detained 136 suspects in raids on offices at three Istanbul courthouses on Monday after detention warrants were issued for 173 judicial personnel in search of more than 170 suspects wanted over last month's failed coup attempt by the Gülenist terror-cult (FETÖ).

The accused are suspected of links to the U.S.-based Fetullah Gülen, who is the mastermind behind the deadly coup attempt and Turkey is seeking his extradition.

Police were searching the offices of personnel facing detention at the main Istanbul Palace of Justice in the Çağlayan district and two other court houses on the European side of the city, reports said.

Police took some of those detained away from Çağlayan for questioning at a police station.

Police also conducted searches of the offices, as well the homes, of the 173 suspects, who all work in the three Istanbul courts.

Following the July 15 coup attempt, around 26,000 people with links to FETÖ have been arrested across Turkey. Senior business figures as well as military, police, judges, prosecutors and teachers have been among those targeted.

At least 240 people were killed in the deadly coup attempt on July 15.

Gülen is also accused of leading a long-running campaign to overthrow the Turkish government through the infiltration of state institutions, particularly the military, police and judiciary, forming what is commonly known as the parallel state.