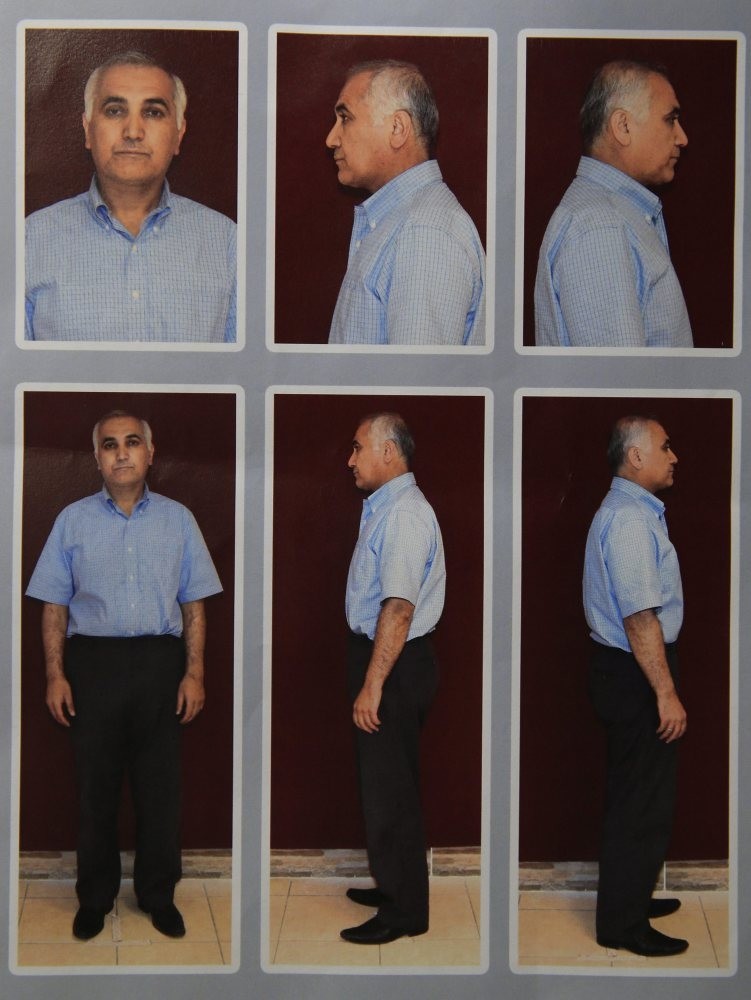 An unremarkable academic until July 15, Adil Öksüz, who is said to be the FETÖ imam in charge of the Air Force, became one of Turkey’s most wanted men for organizing the coup plotters. He later disappeared after his release by Gülenists in the judiciary

A manhunt is underway for Adil Öksüz, a mysterious civilian at an air base occupied by the plotters of the July 15 coup attempt who later turned out to be point man for the Gülenist Terror Group (FETÖ) and one of the masterminds of the putsch. The suspects who helped him escape are being probed by authorities. Testimonies from officers involved in the coup attempt point to Öksüz is the man who worked with generals to plan the coup and ordered its execution after receiving approval from FETÖ leader Fethullah Gülen. When security forces stormed the Akıncı Air Base in Ankara hours after the coup attempt began, they expected to find only military officers involved in the putsch. A man wearing a blue shirt and trousers with a thin mustache was identified as Öksüz. He was the only civilian inside the premises, and two others were captured near the base hours later. Öksüz, 49, was a theology lecturer in Sakarya, a northwestern city, and a court in Ankara apparently believed his story when he told them he was near the base to visit an empty plot of land he was planning to buy and was taken to the base by military officers who detained him. He was subsequently released and remains missing. He is now believed to have fled abroad.

Referred to as the "black box" of FETÖ, Öksüz reportedly acts as their "imam" for the Turkish Air Forces, and is a point man for the cult's leader who relays his instructions to the followers who have infiltrated into the army. A recently surfaced and undated photo of Öksüz shows him sitting in front of Gülen in the latter's residence in Pennsylvania, United States. Although Gülen and his followers deny involvement in the coup attempt, more evidence has surfaced into their active role in the plot. The majority of military officers, from non-commissioned officers to generals, who were arrested after the attempt have confessed their membership in FETÖ and how they were instructed by their "abi" (elder brother) or their superiors in the cult on how to act during the coup.

The Gülenist "imam" - the name used to describe Gülen's underlings carrying out his orders in the army, police, bureaucracy and other state institutions. - was the man who organized the coup with the generals, according to a testimony from one of those generals who was apprehended after the putsch attempt. The unidentified general told prosecutors Öksüz first met fellow "imams" and then generals involved in the coup attempt days before July 15, and arranged plans to seize power. The same general said Öksüz then traveled to the United States to meet Gülen, and after Gülen greenlit the plans on July 13, the coup plot was executed. Hakan Evrim, another general arrested in the coup attempt, told investigators after his arrest that Öksüz planned a phone call between Gülen and Chief of the General Staff Gen. Hulusi Akar, who was held hostage by coup plotters for hours when he resisted joining them.

The National Police Department set up a special task force to find Öksüz. The task force composed of anti-terror police, intelligence and organized crime unit officers inquired as to the whereabouts of Öksüz, while media outlets reported he might have been in Georgia, Turkey's eastern neighbor. This is where Zekeriya Öz, a prominent prosecutor linked to FETÖ, fled earlier this year following an arrest warrant. Some social media users even claimed that they have seen Öksüz and Öz together at a restaurant in Georgia, although authorities did not confirm the reports.

Öksüz was last seen leaving Ankara for Istanbul after his release and then, after a brief stay in a house there, he disappeared. Police sources said the possibility of Öksüz hiding out "in a Gülenist safe house" were not ruled out.

Öksüz' brother Ahmet Öksüz, a literature lecturer at Karabük university, was also arrested for membership in FETÖ in an investigation after the coup attempt.

Authorities have already canceled Adil Öksüz' passport and are seeking an international arrest warrant. The search for him is focusing on Sakarya, the city where he worked and had several residences. Police and gendarmerie troops have combed the city's countryside where Öksüz and his relatives had residences. Öksüz was a frequent traveler and made more than 100 trips abroad, mostly to the United States, according to flight records. About one month before the coup attempt, he flew to the United States with his wife and three children and returned to Turkey alone a few days later.

Additionally, the Supreme Board of Judges and Prosecutors (HSYK), which oversees judicial appointments, authorized an investigation into two judges yesterday over the controversial release of Öksüz. Two men were suspended from duty after the launch of investigation. Judges rejected an appeal by prosecutors for his arrest due to lack of evidence and ordered his release with judicial control after only 21 minutes when Öksüz was brought to a courthouse in Ankara's Sincan district after his detention at the base.

Erdal Şen, a prominent Gülenist journalist, and two other suspects were also arrested for helping Öksüz to hide out in Istanbul after his release.
RELATED TOPICS