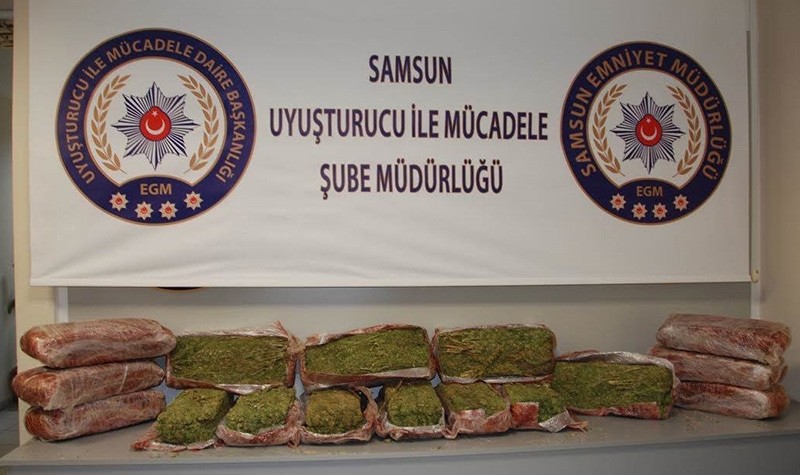 The chairman of an anti-drug NGO was detained along with two others on early Thursday in Turkey's northern Samsun province in a narcotics operation in which 70 kilograms of cannabis was seized.

Samsun Governor İbrahim Şahin said in a statement that police units started monitoring the truck upon a tipoff that a large amount of drugs would be brought into the city from eastern provinces.

The truck was stopped in Bafra district and approximately 70 kilograms of cannabis hidden in the back of the truck among hay bales was seized. The driver of the truck and a passenger was detained.

A car suspected of being 'a look-out' for the truck was also stopped. Police units found out that the person inside the car was 35-year-old A.A., who is the chairman of a local anti-narcotics association in Samsun.

The suspects were brought to the Samsun police department for further questioning.

Earlier this year, the director of another anti-drug NGO was also arrested for drug possession and supplying drugs to people undergoing treatment for drug addiction at a rehabilitation center.

Back in April, six suspects, who included former drugs and theft convicts, were arrested after 16 pistols, seven shotguns and numerous cartridges were confiscated in an operation launched in an address disguised as "Şehremini Youth and War on Narcotics Association" in Istanbul's Fatih district. The suspects were found to have been illegally trading weapons to contacts established through their pro-Daesh posts on Facebook.