Top judicial board HSYK dismisses over 2,800 judges, prosecutors from profession 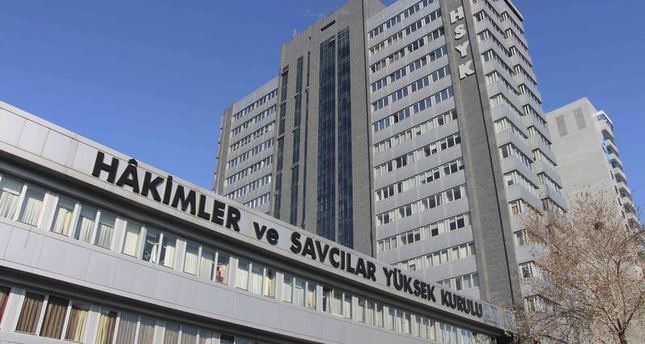 The Supreme Board of Judges and Prosecutors (HSYK) on Wednesday has dismissed 2,847 judges and prosecutors from profession over affiliation with the Gülenist terror-cult (FETÖ), in a second wave of dismissals to clean the top judicial board following the FETÖ-led July 15 failed coup attempt.

The assembly decided to dismiss all of them under a statutory decree issued last month during Turkey's current three-month state of emergency.

The Executive Board of the HSYK previously suspended the suspects following the coup attempt, and dismissed them from profession after finding links between them and FETÖ, reports said.

In the fight against the Gülenist terror cult's infiltration of the judiciary, at least 140 Court of Appeal members were also detained due to FETÖ links after the failed coup attempt.

The board's Deputy Chairman Mehmet Yılmaz told reporters that they worked hard to exclude those not linked to the group. "For this, we scrutinized carefully each document and information," he said.

On July 15, rogue elements of Turkish military attempted to overthrow the country's democratically elected government. At least 240 people, including the security forces and civilians, were killed, and thousands of people were wounded as they protested against the coup.

FETÖ, led by U.S.-based fugitive Fetullah Gülen, has been accused of infiltrating the law enforcement as well as the judiciary. Gülenist prosecutors assigned to multiple cases were subjected to a nationwide purge following two previous coup attempts disguised as an anti-graft probe. Judges and prosecutors who were involved in probes and sham trials intended to imprison those who criticized FETÖ have either been removed from duty or reassigned to lower positions, while some face prison terms in ongoing trials.