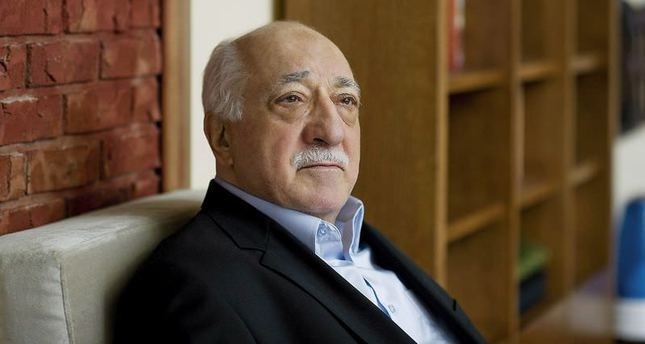 New evidence continues to surface from the nationwide investigation in to FETÖ in Turkey and according to suspect's statement, FETÖ planned to take control of the Directorate General of Migration Management

According to the statement by a suspect affiliated with the Gülenist Terror Group (FETÖ) taken into custody in Van, FETÖ tried to extort money from the Directorate General of Migration Management, which oversees the affairs of refugees. The suspect, who has the initials O.I., claimed the terror cult placed great importance on infiltrating state institutions and encouraged members to specifically take exams to gain entrance to them.

O.I has been linked to FETÖ for several years and began working as a teacher following his graduation from university. He was encouraged to distribute brochures to lure students to the cult. In his statement, he also claimed that the type of the students lured to the cult determines the status of the members. When he wanted to help underprivileged students, he was hindered and told not to help them.

In his statement, O.I. claimed there were meetings where FETÖ members gathered and encouraged future recruitments. He said the members responsible for collecting money from other members handed the money over to accountants who handled bigger accounts. "A FETÖ member who approached me following the Dec. 17 and Dec. 25, 2013 coup attempt told me that our phones were tapped and messages stored for further investigation. He told me that my message to my wife expressing my affection might be interpreted in the wrong way and encouraged me to use the 'ByLock' program. He installed the program. Although I wanted to break my ties with the cult, I was not able to at that time," he said in his statement.

Though O.I. wanted to transfer to schools affiliated to the Ministry of National Education, he was at first prevented. However, after the schools of Fethullah Gülen, the ringleader of FETÖ, were closed, all the teachers at these schools were allowed to take the test necessary for all civil servants. He said one of the senior FETÖ members told him, "There is no way you can live in the service (referring to his service in FETÖ). The Directorate General of Migration Management is a very important state institution for foreign affairs. A Ministry for migration affairs will be established and you will be in charge with the friends who will be working for this future ministry." The senior FETÖ member continued, "The Directorate General of Migration Management is as important as other services in the organization. People do not understand its importance yet but its value will be recognized by all in the future." O.I. claimed that FETÖ believes there is too much money in the hands of the directorate, since there are almost 3 million Syrian refugees taking shelter in Turkey. O.C. said: "They told me we needed to become a part of the directorate and that they were encouraging members of the terror cult to work there. They told me that I was responsible for the affairs of the Migration Directorate in Van province. He also said 'You should encourage people to take positions in the directorate. The mission should be working in the ministry that will be established soon. The future minister should be one of our friends.'"

O.I. further stated that single FETÖ members who took positions at the Directorate General of Migration Management would link up with other FETÖ members and get married. He claimed that the terror cult cared about the directorate as much as they cared about the Turkish military forces, justice system and other state institutions. O.I. said that prior to the July 15 failed coup attempt, one of the senior members of the terror group told him: "Bright days are just around the corner as Hoca Efendi [Gülen] said."

According to the statement of the suspected Gülenist, FETÖ members believe that holy people will descend to the Earth and Fethullah Gülen will be the one who welcomes them. "No one in the cult questions the orders. If a person questions an order instead of blindly following it, he or she is labeled a 'traitor.' Hence, we can say that people only question the orders if they can."

O.I. also claimed that the Dec. 17 and Dec. 25, 2013 coup attempt was the beginning of FETÖ's fall and senior members held many meetings to give encouraging speeches to the lower members. "Many left the cult following the coup attempt in 2013. Nobody knew who was assigned to where after this," the suspect claimed in his statement.
RELATED TOPICS