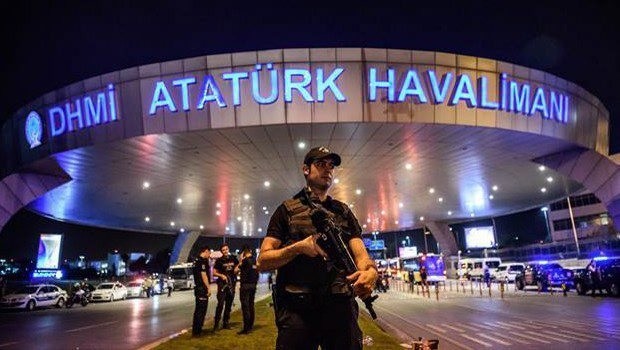 by Daily Sabah Nov 18, 2016 12:00 am
Seven foreigners were detained Friday at Istanbul's Atatürk Airport after police found $9.5 million of unreported cash in their luggage.

The counter-terror units of the Istanbul Police Department took 7 people - who were Kyrgyz and Uzbek nationals - to "risk analysis centers" at the airport for inspection and additional questioning after the suspects exhibited "suspicious behavior".

Police then found a total worth of $9.5 million of unreported cash inside the luggage of the suspects and detained the suspects, A.U., H.Ö., H.A.K., Z.K., B.S., D.T. and T.K., identified only by their initials.

Police are still investigating the source of the money and the reason it was brought to Turkey.
Last Update: Nov 19, 2016 9:49 am
RELATED TOPICS