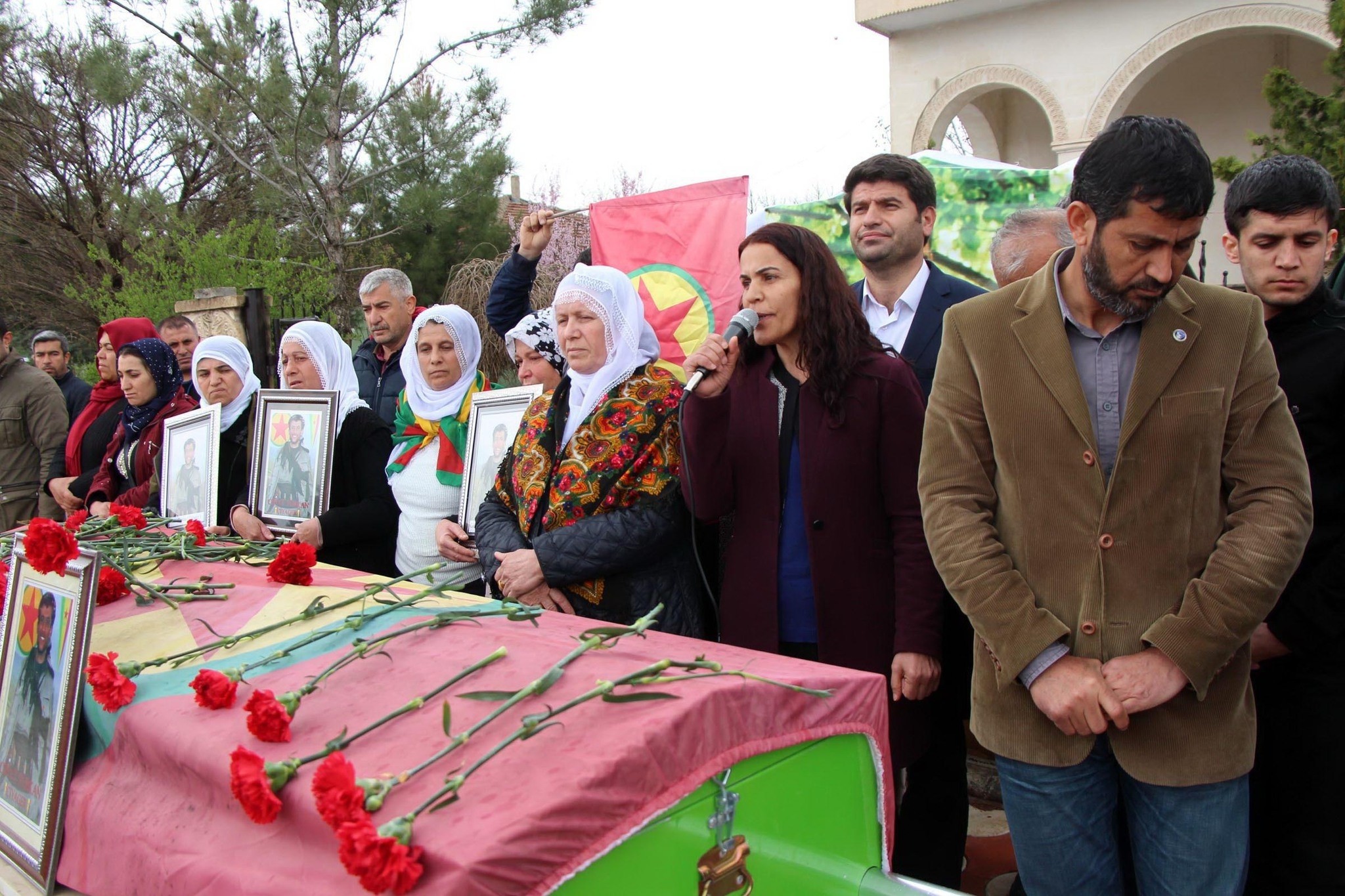 Ankara police have detained two lawmakers from the pro-PKK Peoples' Democratic Party (HDP) as part of a terror probe into the PKK terrorist organization.

HDP parliamentary leader Çağlar Demirel and Besime Konca were detained in a counterterrorism investigation in the southeastern provinces of Diyarbakır and Batman on Monday night.

The two were later released under judicial supervision. However, the 5th Diyarbakır Criminal Court found Demirel guilty of "being member of armed terror organization", "making terror propaganda," and "attending illegal meetings and demonstrations", ordering her arrest.

Demirel will face up to 23 years in prison.

Meanwhile, Konca was detained again in Diyarbakır where she came to attend Demirel's trial after the Prosecutor's Office in Diyarbakır objected her release.

At around 10:30 p.m., a car bomb went off outside of a football stadium in the city's Beşiktaş district, two hours after the end of a Turkish League football match. Seconds later, a suicide bomb attack occurred in Maçka Park in the same neighborhood.

Last month, 13 HDP lawmakers were arrested, while ten of them, including HDP co-chairs Selahattin Demirtaş and Figen Yüksekdağ, remain in custody awaiting trial on terror-related charges.

The parliamentarians are facing prosecution in counterterror investigations after parliamentary immunity was lifted earlier this year.

Also, in September, an official report by the Justice Ministry revealed at full length the involvement of the HDP's local branch, the Democratic Regions' Party's (DBP) municipalities in various crimes. Several district municipalities were found guilty of constitutional crimes in 2015 — specifically in the districts of Sur, Silvan and Lice — for denying state authority and declaring self-governance. Municipal workers in the province had also attended demonstrations in support of self-governance.

Vehicles belonging to many DBP municipalities, including those in Diyarbakır, were used to transport and bury the deceased terrorist members of the PKK as well as the terrorist members of its Syrian offshoot the Democratic Union Party (PYD) and its armed wing, the People's Protection Units (YPG).