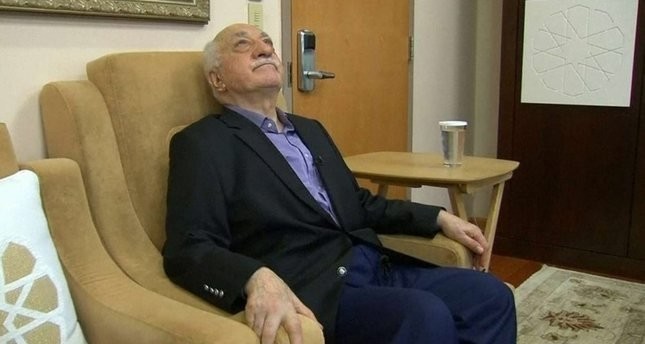 Fetullah Gu00fclen, the leader of FETu00d6, is expected to be extradited from the United States to Turkey where he faces multiple life terms in several lawsuits.
by Daily Sabah with AA Feb 03, 2017 12:00 am

An upsurge in trials have beset FETÖ in the wake of the July 15 coup attempt it has been heavily associated with. Hundreds face charges for their links to the terrorist group in 1,235 lawsuits filed against FETÖ

Emerging as a major national security threat a few years ago, the Gülenist Terror Group (FETÖ) enjoyed free rein even after its members were branded terror suspects rather than followers of the Hizmet (Service) Movement, a purported charity grouping pioneered by retired preacher Fetullah Gülen.

This was mostly thanks to its infiltrators in the state, thwarting the investigation. Now, in the aftermath of the July 15 coup attempt blamed on the terror cult, FETÖ faces a new wave of trials.

A total of 1,235 lawsuits were filed against FETÖ after the attempted putsch that killed 248 people. Out of those, 78 of the lawsuits are directly related to the coup, allegedly carried out by military officers loyal to the U.S.-based preacher and his sprawling empire of companies and schools.

Coup trials alone have 1,986 defendants, with 1,232 of them currently being held in custody in 21 provinces.

Öksüz, a theology lecturer who was captured at a main military base after the putsch attempt, remains at large after he was released in a controversial ruling by a local court in the capital Ankara.

Fetullah Gülen refuses to return to Turkey to testify in the cases and subsequently he faces multiple arrest warrants. Ankara has requested his extradition from the United States, where he has lived since 1999, though no progress was made in the extradition process despite Turkey presenting evidence to Washington, implicating Gülen and his followers in the putsch and a string of other wrongdoings.

Gülenists had already tried to topple the government in 2013, under the guise of two anti-graft probes that sought to link the government to corruption through fabricated evidence, with the aid of Gülenist judges, prosecutors, and police chiefs.

Following the coup attempt, prosecutors across the country launched 10,165 criminal inquiries into FETÖ and the coup attempt. Hundreds of people linked to the terror cult have been detained or arrested in investigations prior to the coup for charges ranging from membership of a terrorist group to forgery.

The terrorist group, with its infiltrators in the bureaucracy, law enforcement, military, and judiciary, is accused of broadening its clout illegally. These include organizing sham trials to imprison its critics or anyone it viewed as an obstacle to gain more power in Turkey, wiretapping of hundreds for the purpose of blackmail and fraud by funneling money collected by FETÖ-linked charities to senior cadres of the cult.

Out of the 10,000 inquiries, 43,998 suspects were arrested. In the past six months, 56 courts handled the cases of some 6,400 FETÖ-linked defendants charged with an "attempt to overthrow constitutional order" (in reference to the coup attempt), "membership of a terrorist group," "committing crime on behalf of a terrorist group" and "praising the crime and criminals."

More than half of the defendants are currently being held in custody while they await trial. As for the coup cases, hundreds face trial, from the capital Ankara to Istanbul, to the central city of Kayseri, to the northern province of Trabzon.

Many of the military officers directly linked to FETÖ confessed to receiving orders from their "brothers," referring to the point men of the terrorist group that relay orders from senior cadres to lower ranking officers.

While the civilian defendants consist of those who either praised the coup attempt or actively joined it by siding with pro-coup soldiers.

Confessions by officers invoking a law similar to a plea bargain that commutes their sentences revealed they were recruited by the terrorist group long before they enrolled in military schools. They remained loyal to the group while disguising themselves as soldiers with no links to any religious group, as FETÖ once purported to be.

Coup trials started last year, though senior military brass involved in the putsch are still waiting for the first hearings. Trials in Istanbul and Ankara are scheduled to start later this month and in the coming months.

The first trial started in the western city of Denizli, where a general and 59 others face multiple aggravated life sentences. The first verdict was in the eastern city of Erzurum, where a colonel and a major were sentenced to life for their involvement in the coup attempt.
Last Update: Feb 03, 2017 1:12 am
RELATED TOPICS