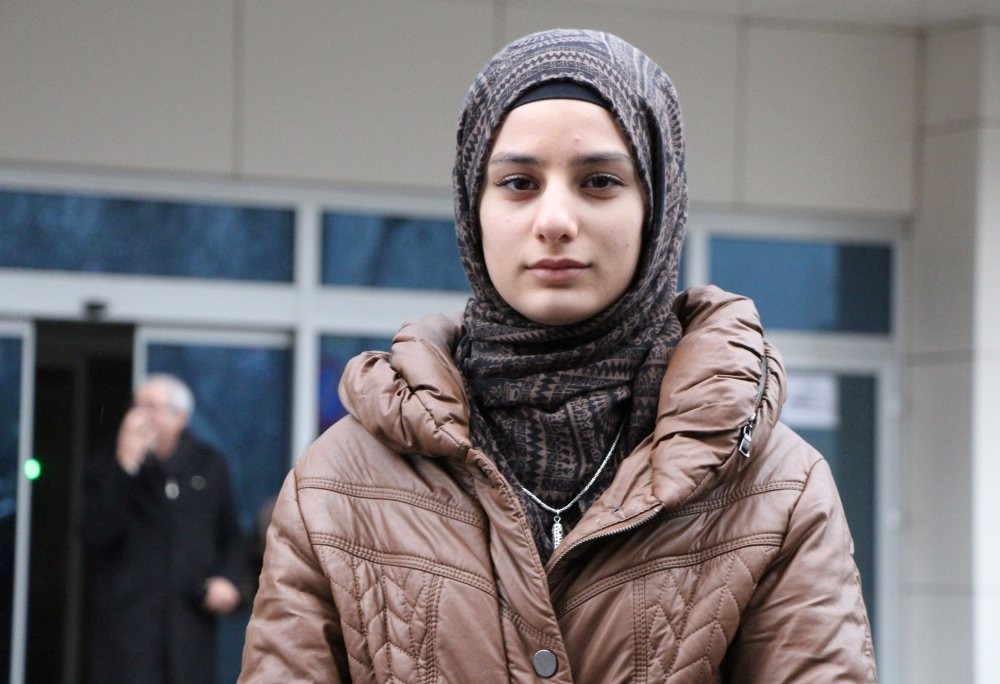 Victim Fatma Dilara Yiu011fit
by Daily Sabah with IHA Feb 15, 2017 12:00 am
A woman accused of kicking and insulting a 16-year-old girl for wearing a headscarf has been arrested in an incident that has shocked Turkey, a Muslim-majority country where females wearing the headscarf were once subject to oppression.

Fatma Dilara Yiğit, a high school student, was traveling on a passenger bus on Istanbul's Asian side on Monday when the suspect, identified as A.A.K., started insulting her before attempting to pull off her headscarf and kicking her, according to the victim.

The bus driver intervened and stopped the bus in front of a police station where the woman was detained by police while the girl gave an account of the incident to a local news agency. Cellphone camera footage of the incident circulated on social media where users lashed out in outrage while "Don't touch my headscarf" became a trending topic on Twitter.

The girl said she was speaking to another passenger when the woman sitting behind her overheard that she was planning to attend university.

"You can't study while you are wearing [the headscarf]. You are terrorists," the woman shouted.

After hurling insults, she grabbed the girl's headscarf and kicked the shocked girl.

"My friends helped me escape and the driver stopped the bus," she said.

The girl filed a complaint against A.A.K who has since been arrested upon the order of a local court on charges of intimidation, insult, causing injury and violating the freedom of religion.

Support poured in for the young girl on Tuesday while the Minister of Family and Social Policies Fatma Betül Sayan Kaya called Fatma to pledge support for legal counseling and psychiatric help.

Fatma was still recovering from the trauma as she spoke to reporters Tuesday.

"I had a nightmare after this incident. This is something that could happen to anyone [wearing the headscarf]," she said.

Her mother, Hanife Yiğit, told reporters that it was worrying that such a young girl had fallen victim of such an attack.

"We embrace everyone, no matter if they wear a headscarf or not. I have no problem with these people and this is something very wrong. My daughter was hurt and she will have to live with this," she said.

Speaking at a press conference Tuesday, Leyla Şahin Usta, a lawmaker from the ruling Justice and Development Party (AK Party) who wears the headscarf, also said that the attack was a worrying incident that reminded her of the days leading to the coup of Feb. 28, 1997.

Usta was referring to a witch hunt against headscarf-wearing women and conservative men in the early 1990s by the country's secular elite that saw the enforcing of a headscarf ban which prevented girls attending university from wearing a headscarf.

"Turkey has come a long way since then and nobody approves such attacks," she said, "We won't let such incidents to divide us."
RELATED TOPICS