Gülenist prosecutor who once sought to arrest intelligence chief nabbed 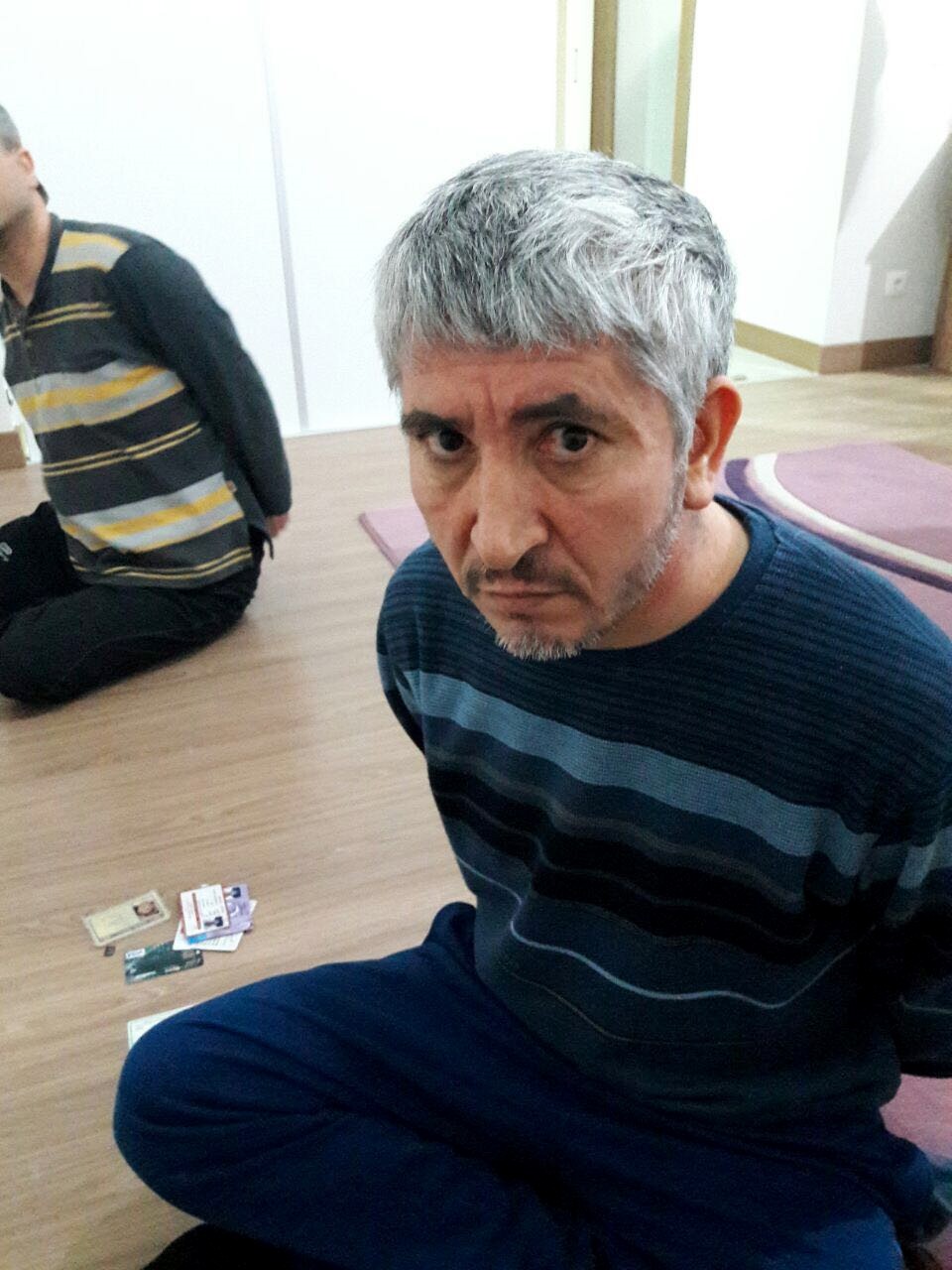 In this police handout image, Saru0131kaya is seen handcuffed inside the house where he was hiding.
by Daily Sabah Feb 20, 2017 12:00 am
A former prosecutor linked to the Gülenist Terror Group (FETÖ), who sought to arrest the head of intelligence service a few years ago on trumped-up charges, was captured in Istanbul. Sadrettin Sarıkaya was staying in a house with Dursun Ali Gündoğdu, a former judge wanted for his links to FETÖ, when police detained him while Adnan Çimen, another former prosecutor tied to the terror cult, was detained in a nearby house on Saturday. Sarıkaya had sought to summon Hakan Fidan, the director of the National Intelligence Organization (MİT) to the court for a "testimony" in 2012, sparking a crisis which later turned out to be a plot by FETÖ to implicate state officials on trumped-up charges and imprison them in order to seize power.

Sarıkaya was among the hundreds of judges and prosecutors who had been dismissed from duty after FETÖ sought to implicate more criminal inquiries by its infiltrators in the police and judiciary a year after the MİT incident. President Recep Tayyip Erdoğan, the country's prime minister back then, had prevented Fidan from going to court where he would likely be charged for aiding the terrorist group the PKK in a case regarding the alleged audio recordings of MİT officials holding talks with senior PKK militants.

The prosecutor and two others were wanted for another case when the police, after a lengthy sting, managed to locate them in two houses in Istanbul's Kayaşehir district. Sarıkaya was believed to have fled abroad, like hundreds of other suspects with links to FETÖ. It was revealed that the three men were staying in the houses and were aided by a relative of Gündoğdu, who was also detained in the operation. Media outlets reported they did not use phones during their stay and did not step out of the house for about two months. They were preparing to flee abroad when they were captured according to security sources as two blank passports and fake IDs were found in their possession. Prosecutors asked for two additional days in detention for the suspects.

The three men are implicated in "Selam Tevhid," another FETÖ case where 54 judges and prosecutors are accused of illegally wiretapping hundreds of people, from politicians to journalists, by concocting the titular terrorist group to justify the mass surveillance. They face life imprisonment for the Selam Tevhid case and running a terrorist group in reference to FETÖ.

Sadrettin Sarıkaya made headlines when he summoned Fidan for a testimony, an unprecedented yet historical move which revealed the existence of what initially was called a "parallel structure" within the state. With evidence linking this "parallel state" to Fetullah Gülen, the head of FETÖ, and his followers, the parallel state gained a new description: FETÖ. After two similar attempts to implicate state officials in criminal inquiries in 2013 - in the infamous Dec. 17 and Dec. 25 anti-graft investigations - FETÖ turned to its infiltrators in the army to deal yet another blow to the government with the July 15 coup attempt last year which was ultimately foiled.
Last Update: Feb 20, 2017 10:57 am
RELATED TOPICS