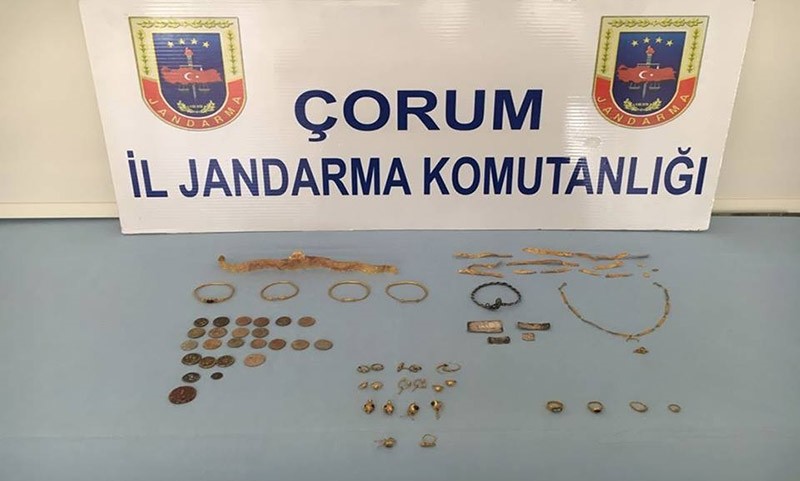 A total of 48 hisotric artifacts have been confiscated during an anti-smuggling operation in northern Turkey's Çorum province.

During the operation, a total of 23 bronze coins, one silver coin, one silver arm-band, one silver plate, two gold diadems, one gold necklace, four gold bracelets, one gold pendant, four gold rings and 10 gold earrings dating back to the Hellenistic and Roman era were seized.

The suspects, who were detained upon the instructions of the Çorum Chief Public Prosecutor's Office, were released after necessary procedures at the gendarmerie station, while the confiscated historical artifacts were handed over to the Museum Directorate in Çorum.