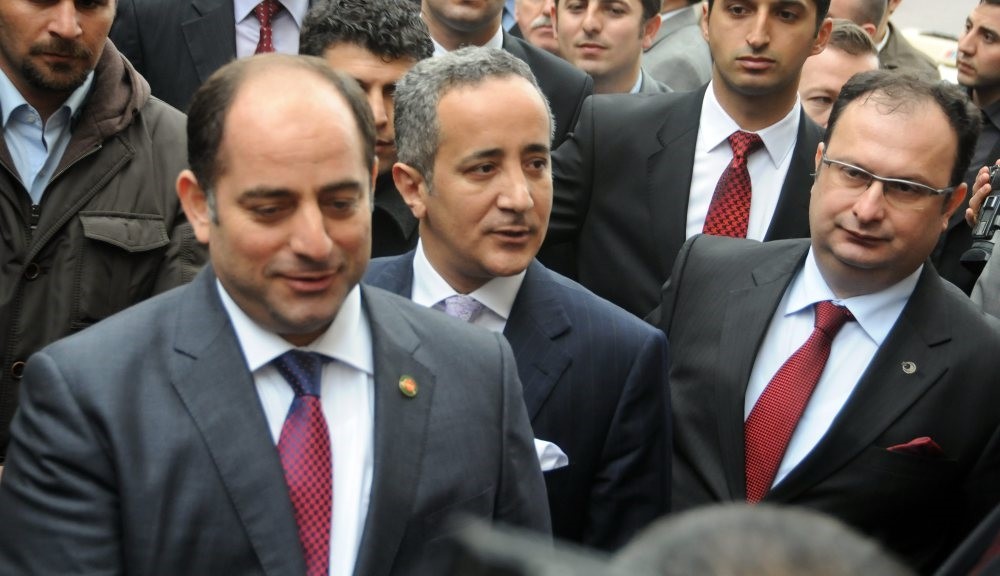 A new indictment released on Friday shows how FETÖ, through its infiltrators in the judiciary, handled high-profile trials used to imprison anyone it deemed a threat through forged evidence. Twenty-five former judges and prosecutors face prison terms for helping FETÖ in sham trials

The country's judiciary and law enforcement were full of people linked to the Gülenist Terror Group (FETÖ), which is blamed for the July 15 coup attempt. A new indictment on the "judiciary arm" of the terrorist group led by U.S.-based Fetullah Gülen seeks prison terms for 25 people who prosecuted and ruled cases in what later were revealed to be sham trials to imprison anyone critical of FETÖ or those the group saw as obstacles to its broadening control.

The Istanbul Chief Prosecutor's Office sent the indictment to a court, asking for prison terms of up to 15 years for the defendants on charges of membership of a terrorist group. Among them are judges and prosecutors who handled the Ergenekon, Balyoz, Oda TV and Selam Tevhid cases. Ergenekon was an imaginary gang concocted by the police and judiciary loyal to FETÖ to imprison hundreds of prominent figures from generals to academics and journalists who were outspoken in their stand against Gülenists. Ergenekon defendants served prison terms before they were released and acquitted in new trials without FETÖ-linked judges and prosecutors. Balyoz refers to the alleged coup plot case where generals accused of planning a coup were imprisoned by FETÖ-linked judges, only to be acquitted a few years later as the evidence in their case was found to have been fabricated.

The indictment says 16 defendants were active users of Bylock, an encrypted messaging app exclusively used by the terrorist group.

All judges and prosecutors implicated in the case were previously dismissed from their duties. Some remain at large, while others were jailed pending trial in separate cases against FETÖ.

It remains unclear whether judges and prosecutors were directly linked to the terrorist group or were simply deceived into acting in the interest of FETÖ, but usage of Bylock means they were devout followers of the group. Among Bylock's users are Hikmet Usta, a former prosecutor in the case of murder of Turkish Armenian journalist Hrant Dink. Dink was murdered in 2007 and several public officials, including FETÖ-linked police chiefs currently in detention, are accused of covering up their ties to the murderer, who was linked to a police informant. FETÖ is accused in another trial of using the murder to incite chaos in the country and helping its infiltrators to be appointed to key posts in police intelligence, a department which was reshuffled after the Dink murder. Mehmet Ekinci, the judge who handled the case against Fenerbahçe executives accused of match-fixing, is another Bylock user. The football club's president Aziz Yıldırım and others were jailed on what later turned out to be trumped-up charges, and FETÖ is accused of orchestrating the plot against Fenerbahçe. Mustafa Başer and Metin Özçelik, who were detained after they wrongfully released 62 FETÖ suspects in 2014, are also among members of the terrorist group's Bylock community.

The indictment also accuses the terror cult of "driving judiciary members not aligned with the group to suicide." Alaattin Çambel, a judge who was suffering from Crohn's disease, committed suicide when FETÖ-linked officials overseeing the appointment of judges unfairly assigned him to a remote city. Similarly, Didem Yaylalı, who made a request for a judicial position, committed suicide when her superiors linked to FETÖ rejected her as she was not aligned with the terrorist group, the indictment says.

FETÖ was also behind the detention of İlhan Cihaner, a chief prosecutor who was conducting an investigation into Gülenists when he was detained on trumped-up charges. Cihaner was later released.

Prosecutors say FETÖ climbed up the ranks in the judiciary rapidly and set up "a parallel judiciary," deeming anyone not loyal to the cult adversaries and causing their detention and subsequent arrest on false charges.

"The group motivated its young members to join the judiciary and oversaw their career, facilitating their promotion. It acted in secrecy and hid the ties of these judiciary members to the terrorist group," the indictment says.

The Justice Academy where judges and prosecutors are trained was controlled by Gülen-linked officials, who blacklisted anyone opposing the terrorist group.

FETÖ's infiltrators in the judiciary used blackmail, threats and false evidence to "render anyone they saw as dangerous to FETÖ's ambitions ineffective."

The group, led by former preacher Gülen who currently lives in Pennsylvania in the U.S., has been implicated in a series of trials, ranging from the July 15 coup attempt that killed 248 people to sham trials.

Hundreds of judges and prosecutors were dismissed from their jobs after the coup attempt and many others remain at large after being charged with having membership to a terrorist group. Some 300 judges and prosecutors confessed to their links to the terror cult and told investigators that Gülen had access to the Supreme Court of Appeals. The court judges loyal to FETÖ were then instructed on how to rule on certain cases by Gülen, according to a report by Police Academy researchers who studied the influence of Gülenists.
RELATED TOPICS