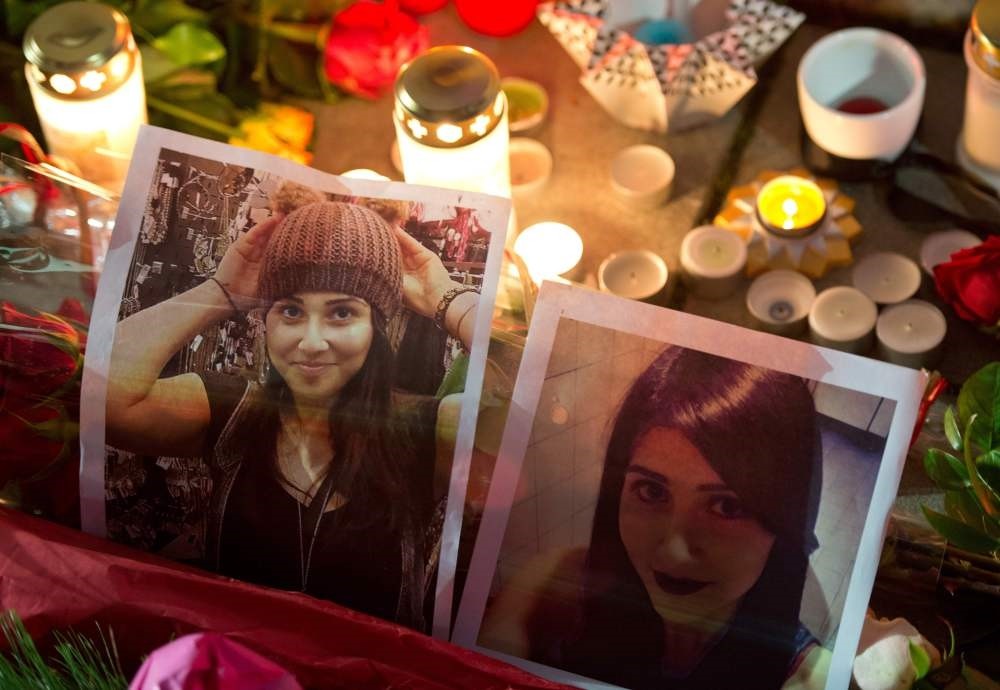 Candles placed around photos of Tuu011fu00e7e Albayrak during a vigil.
by Daily Sabah with AP Apr 21, 2017 12:00 am
Germany has deported a 22-year-old Serbian man convicted of killing a German-Turkish woman after she confronted him for harassing two young women at a McDonald's in a case that drew international attention.

Sanel M., whose last name wasn't given in line with privacy laws, was deported yesterday, after serving his sentence for killing Tuğçe Albayrak, the dpa news agency reported. He was convicted in 2015 of causing bodily harm resulting in death.

Albayrak came to the defense of two girls being harassed by M. and another man in 2014. M. hit her so hard outside the Offenbach restaurant that she fell and went into a coma. Albayrak died two weeks later on her 23rd birthday.

The defendant was born in Offenbach but had only Serbian citizenship and lost appeals against deportation.

The young woman became a symbol of courage following her death with thousands attending vigils dedicated to Albayrak. Then German President Joachim Gauck hailed her "exemplary bravery and civil courage" in helping a victim of violence.
Last Update: Apr 21, 2017 1:27 am
RELATED TOPICS