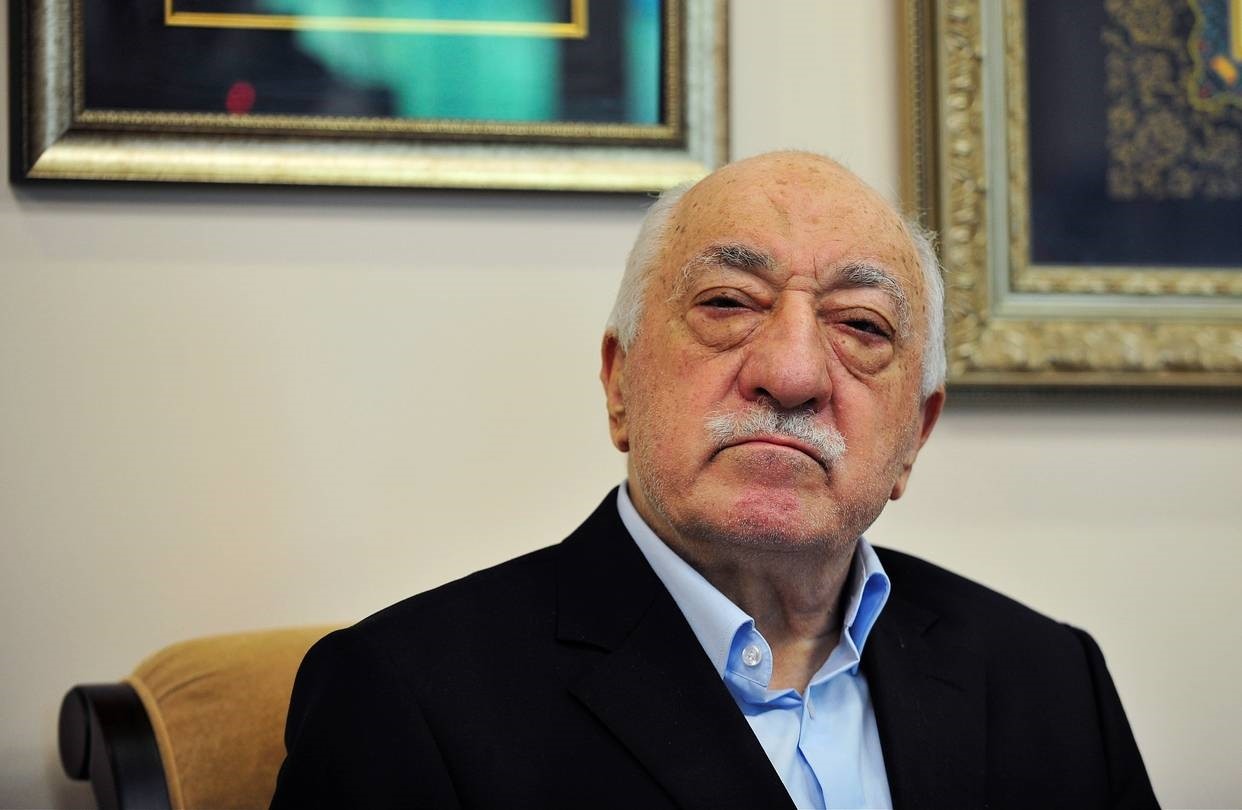 Leader of Gu00fclenist terror cult (FETu00d6) Fetullah Gu00fclen. (FILE Photo)
by Daily Sabah May 11, 2017 12:00 am
Justice Minister Bekir Bozdağ paid a visit to the U.S. ahead of President Recep Tayyip Erdoğan's trip and presented "new evidence" regarding Fetullah Gülen, the U.S.-based mastermind of last July's failed coup attempt. The new evidence presented by the justice minister revealed that terror leader Gülen has been making preparations to escape to either Brazil or Argentina.

According to the article published in Turkish Sabah daily, the document included "new evidence" that detailed the Gülenist Terror Group's (FETÖ) efforts to establish foundations in Brazil and Argentina with the intentions of laying the fundamental grounds of its structure.

Minister Bozdağ met U.S. Attorney General Jeff Sessions on Monday last week and the two officials also addressed Ankara's request for the extradition and provisional arrest of FETÖ leader Gülen. However, the document presented to Sessions has been described as giving the "upper-hand" to Turkey in terms of jurisdiction. The document, according to Turkish Sabah daily's report, reminded Turkey's U.S. counterparts of the 1979 Turkish-U.S. extradition treaty and said, "According to the 15th article of the agreement, we [Turkey] demand a search of Gülen's residence, as well as of his work places, to retain the relevant evidence on the coup attempt."

Additionally, the extradition document prepared by the Ankara Public Prosecutor's office revealed intelligence regarding "Gülen's asylum request to Brazil and or Argentina" and that the obscure terror group is preparing to establish foundations and organizations there. The document further states: "Following the failure of the coup attempt, Gülen, who ordered the execution of the coup, is in a panic and has been searching for escape plans from U.S. since then. It is known [from intelligence reports] that he is seeking countries that do not have an extradition treaty with Turkey or a country that would accept him as a refugee."

Furthermore, the document lists Gülen's six main criminal activities as: An assassination attempt on President Erdoğan, intentions to eliminate constitutional order, an attempt to destroy Parliament and impeding parliamentary officials in their duties, an attempt to eliminate the Turkish Republic, and the establishment and administration of an armed terror group. The document also includes five pages of confessions from anonymous witnesses affiliated with FETÖ.
Last Update: May 11, 2017 6:25 pm
RELATED TOPICS