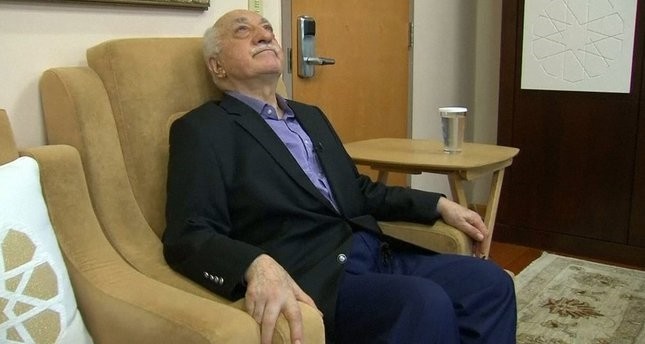 Terrorist cult leader Fetullah Gu00fclenu2019s compound in Pennsylvania is seen as similan to Mecca by his followers.
by May 16, 2017 12:00 am
One former disciple of Fetullah Gülen told a court that members of the Gülenist Terror Group (FETÖ) equated a visit to Gülen's compound in Saylorsburg, Pennsylvania to the Muslim pilgrimage to Mecca.

Dr. Fatih Özlü, who was arrested in operations against the terrorist group before being released, told a court in the western province of Bolu that for some FETÖ members Mecca and Pennsylvania were the one in the same.

The trial of FETÖ operatives within the Abant İzzet Baysal University, which consists of 77 academics, including 30 currently under arrest, and 10 fugitives, continued yesterday.

Özlü, who is a member of the Faculty of Medicine, said he was first introduced to FETÖ while he was studying for his internship in 2003 and had attended its meetings until 2014.

The doctor said he received certain instructions from Prof. Mehmet Yazıcı, who is said to be Gülen's cardiologist.

"As part of my academic studies, I went to the U.S. three times. On my second trip in May, 2014, I was told by Yazıcı to visit Pennsylvania. I attended a huge meeting where Gülen made a speech," he said.

"When I heard the attacks made on [Mustafa Kemal] Atatürk and the government, I decided to escape from the group's clutches. I told Yazıcı that I did not want to be a part of a fight among Muslims. I told him I wanted out and would never go to Pennsylvania again," he continued.

"He then told me not to go to Mecca, as if the two were comparable," Özlü added.

Over decades, FETÖ was able to infiltrate the judiciary, police, military and many other key state institutions, while creating a media empire.

The terrorist cult was able to exploit its influence over the years to silence and even jail anyone it perceived as an opponent.

When the government took action against it, the cult instigated a coup on July 15, 2016. Meanwhile, the U.S. has repeatedly ignored Turkey's requests for Gülen's extradition.
RELATED TOPICS