Moroccan nabbed with cocaine capsules in stomach at Istanbul airport 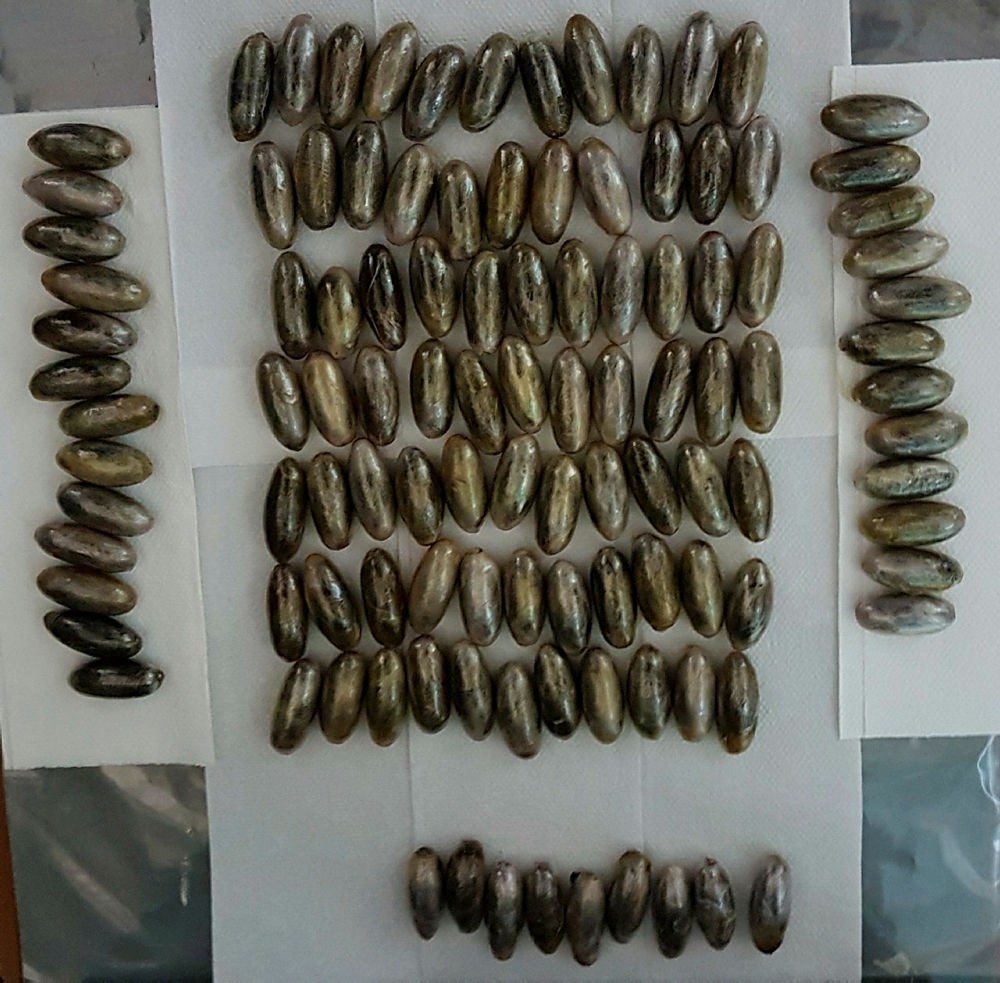 The photo made available by the Istanbul Police Department shows the capsules of cocaine found inside the Moroccan suspet's body on July 31, 2017.
by daily sabah
Jul 31, 2017 12:00 am

Turkish police on Monday seized more than 100 capsules of cocaine, weighing 480 grams, which were ingested by a Moroccan national at Sabiha Gökçen Airport on the Asian side of Istanbul.

Police looked into the luggage of the 41-year-old human mule identified only by his initials M.M. after his suspicious behavior, and found nine capsules of narcotics hidden inside his clothing.

He was later sent to the Haseki Training and Research Hospital for an in-depth x-ray and discovered he was hiding 111 capsules of cocaine inside his body. Police said the capsules were taken out of his system via natural methods.

The Moroccan national was sent to the police department for his testimony and later to the courthouse after he was arrested.