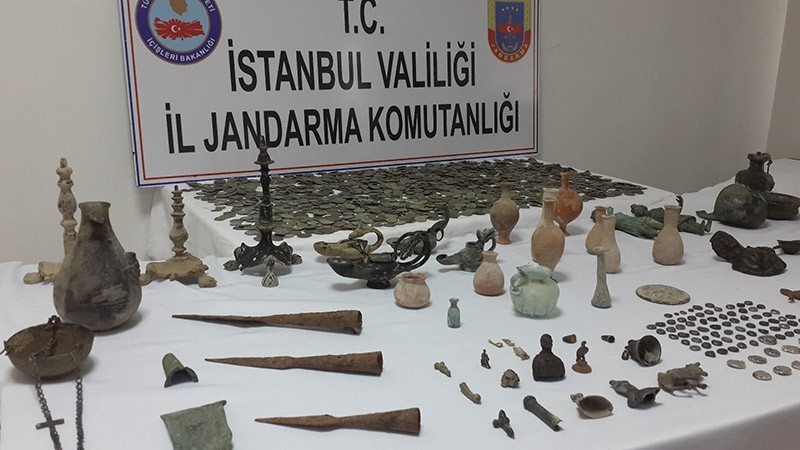 Some 1,981 historical artifacts dating back to the Roman and Byzantine periods were seized during an anti-smuggling operation in Istanbul's Çekmeköy district.

Suspects D.C. and G.Y. were seeking to sell the artifacts for $1 million in the black market.

After extensive intelligence work, gendarmerie units stopped and searched the suspects' car in Çekmeköy, confiscating the historical artifacts hidden in the trunk.

The two suspects were referred to the court following necessary procedures at the gendarmerie command.

Istanbul Archeological Museum authorities said the artifacts were priceless, adding that they would help to shed light on some periods of the Roman and Byzantine eras.

The museum directorate immediately placed the pieces under protection.