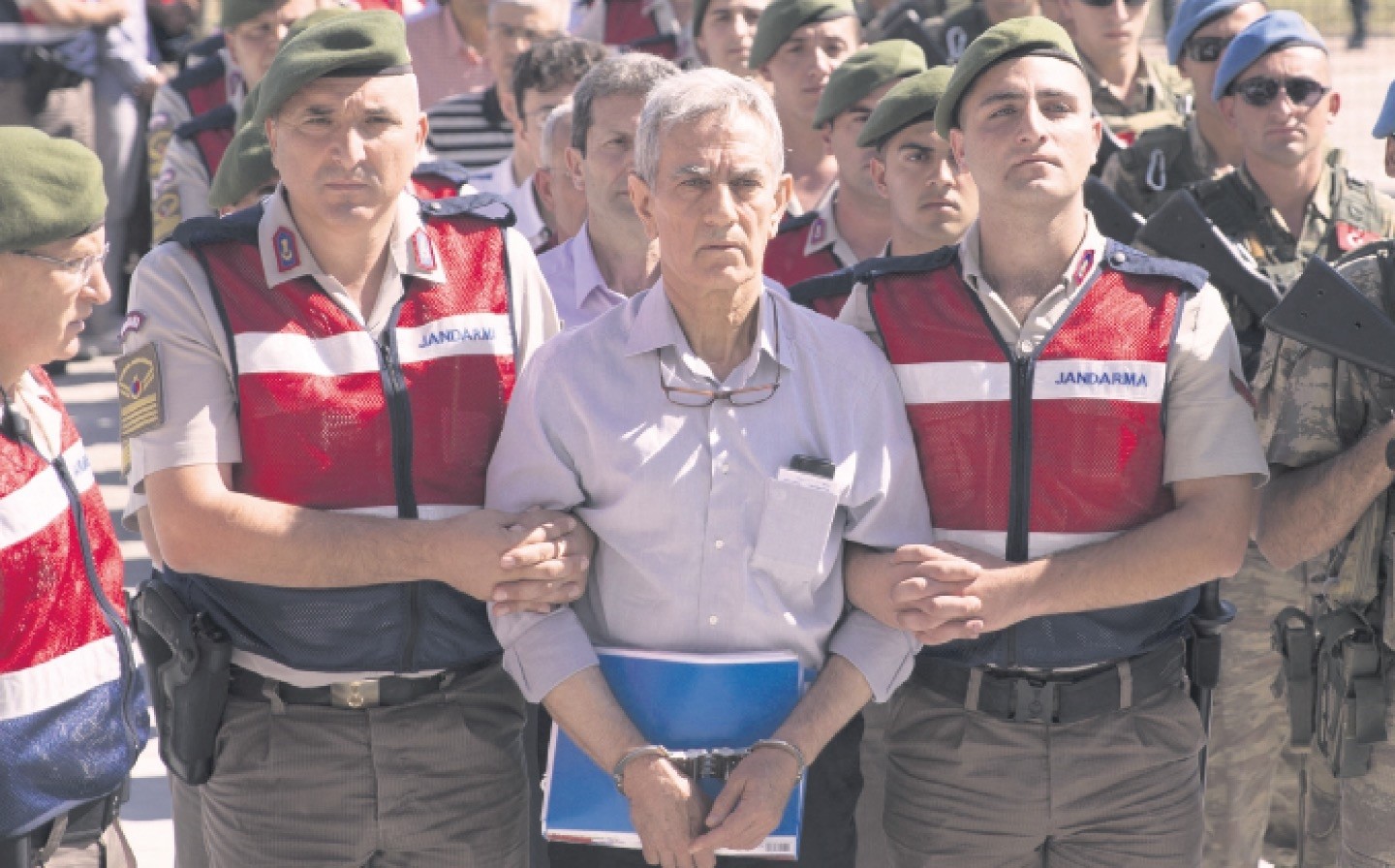 Aku0131n u00d6ztu00fcrk, a former general charged with leading the coup attempt, is among those whose trials are expected to wrapped up later this year.
by Daily Sabah with AA Jun 19, 2018 12:00 am

Turkey is nearing the end of its hard-fought battle against the perpetrators of the failed coup attempt in 2016, which is blamed on military infiltrators of the FETÖ terrorist group. Out of the initial 287 trials only 111 remain to be completed

Two years after it was rocked by a brutal coup attempt that killed 250 people, Turkey is eager to punish the perpetrators. Out of the 287 trials on the attempt blamed on military infiltrators of the Gülenist Terror Group (FETÖ), 176 were concluded and the remaining 111 are expected to wrap up this year or in 2019.

The country has seen multiple coups since the inception of the Republic of Turkey but few among their perpetrators were punished. The July 15, 2016 attempt differs from the others as it is the first time that a terrorist group employed their members in the army in their bid; that is, to topple the government they tried to overthrow twice in 2013 by other means. It was also the most brutal - barring the post-coup death sentences issued by putschists in the 1960s and 1980s as putschists indiscriminately killed the 250 people opposing them. Unlike the cases of culprits in past coups, Turkey moved swiftly this time to ensure the prevalence of justice and so far, 2,165 defendants have been sentenced to prison terms. Those include 1,518 people who were sentenced to life, with 631 of them handed aggravated-life imprisonment. Others, mostly not involved in killings, were handed down prison terms ranging from one to 20 years.

Since the coup attempt was thwarted, prosecutors have launched more than 100,000 probes across the country. Authorities have detained or arrested tens of thousands of people for participating in the coup attempt and/or membership to FETÖ. A state of emergency facilitating the crackdown on terrorists is still in force and security forces carry out almost daily operations to capture FETÖ suspects.

Those sentenced to life include 49 generals, 418 officers in lower ranks, a police chief who joined the coup attempt, 16 cadets, four engineers who helped the putschists, two teachers, two policemen and six civilians.

Senior judiciary officials met in January to speed up the process to conclude all of the trials on the coup attempt this year, including establishing additional courts.

FETÖ, a criminal enterprise founded by fugitive Fetullah Gülen, has been directly implicated in the December 2013 judicial coup attempt and the 2016 military coup attempt against the democratically elected government of Turkey. With its media and business arms, the terrorist group created significant public clout, which was augmented by infiltration into state institutions, principally the judiciary, police and military. Many of its senior members fled abroad on the eve or soon after the coup attempt in 2016.

Meanwhile, apart from prison terms, coup plotters face compensation lawsuits. The Turkish National Police filed a TL 47 million ($9.95 million) compensation lawsuit against 406 suspected putschists for killing 51 police officers during the 2016 coup attempt. The officers were inside the headquarters of the elite Special Operations unit's headquarters in the capital Ankara when warplanes commanded by putschist bombed the place. Among suspects the police are asking for compensation from is Fetullah Gülen and members of the putschists' Peace At Home Council. Mustafa Azimetli, a lieutenant colonel among the defendants, had admitted in his first testimony to interrogators that he was the pilot of the warplane that dropped bombs on the unit's headquarters in the capital's Gölbaşı district.