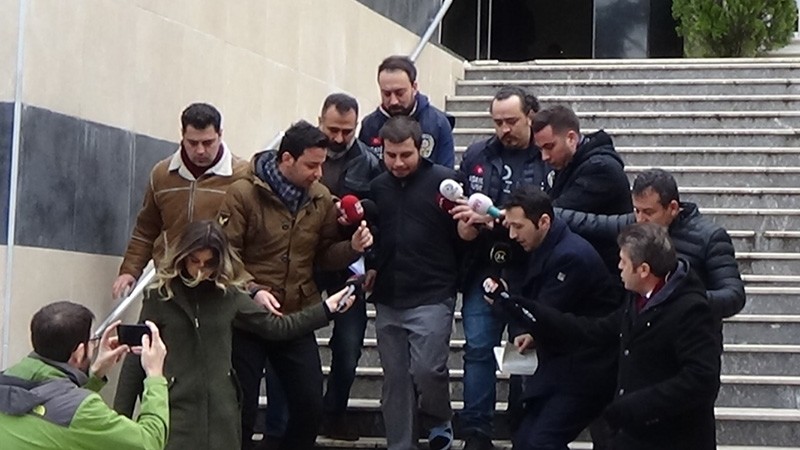 The suspect in the murder of two female Turkish students in Ukraine has been charged by a Turkish court with deliberate murder and sent to prison to await trial.

Hüsnü Can Çökmez was arrested by Turkish police in Istanbul on Saturday. On Sunday, Anadolu Courthouse in Kartal charged Çökmez with "deliberate murder with monstrous intent" and sent him to prison to await trial.

Çökmez was discovered by police hiding at a cemetery where his father is buried in Istanbul's Kurtköy district on Saturday, after he fled Ukraine on Jan. 2 following the alleged murders. The police discovered a gun and a knife on the suspect.

The two female Turkish university students, aged 20 and 22, were studying in Ukraine and were found slain in their apartment in the northeast city of Kharkiv last week. Çökmez was allegedly the ex-boyfriend of one of the students.

An initial investigation revealed that one of the women had made a complaint shortly before her death to Çökmez's family that he had been following her.

Reports noted that Çökmez was planning to commit suicide and dismissed the allegations that he killed the students in Ukraine.