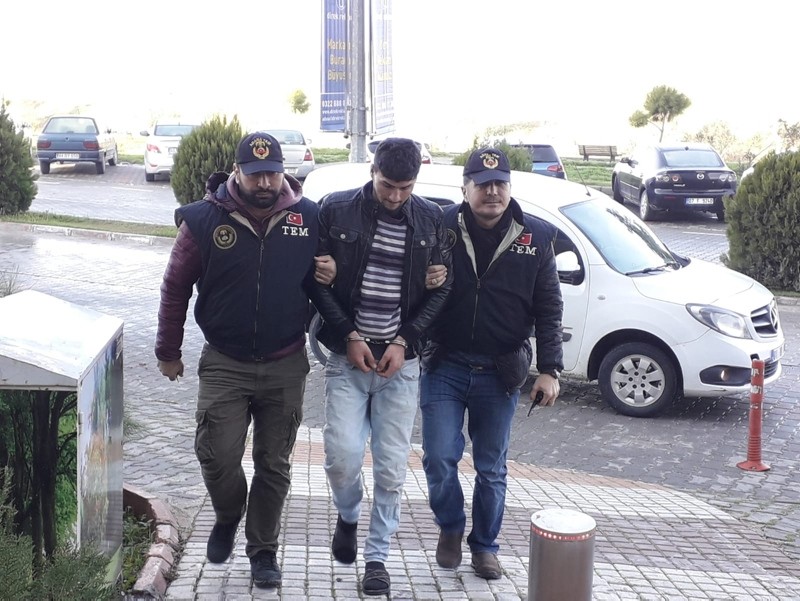 Turkish security forces captured a suspect in southern Adana province Thursday, who was identified as working for the PKK terrorist group's Syrian branch People's Protection Units (YPG), while trying to recruit members for the group.

Counter-terrorism units of the Adana Provincial Security Directorate conducted the operation jointly with the local police units in Ceyhan district of Adana where they captured the terrorist identified as Ahmet K.

The suspect denied charges despite photographs belonging to the suspect showing him while wearing a YPG uniform was found during the operation.

The suspect was taken to the security directorate to be interrogated and was arrested by a court after the hearing.

According to the reports, he was trying to recruit members for the YPG amid Turkey's preparations for a counter-terrorism operation in the areas in the east of the Euphrates River in Syria currently controlled by YPG dominated-Syrian Democratic Forces (SDF). The SDF is backed by the U.S.-led coalition under the pretext of fighting against Daesh.

The YPG terrorists, which occupy a 480-kilometer (298 mile) area on the Turkey-Syria border, also recently increased its activities against a possible offensive with the construction of trenches and barricades.