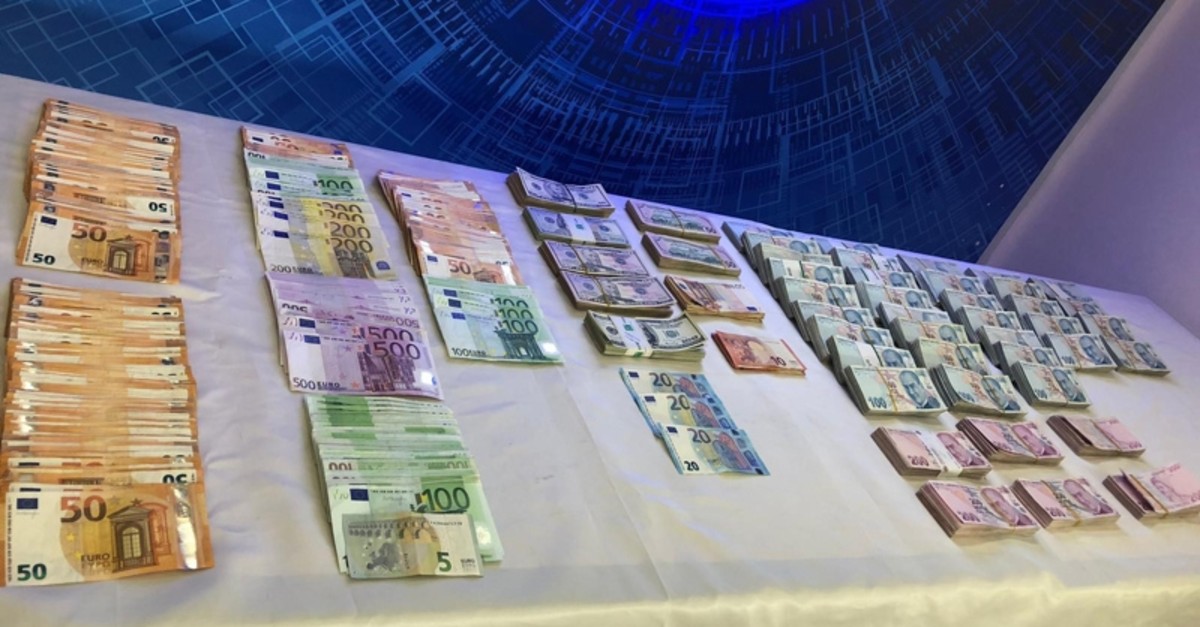 Turkish security forces have detained 21 suspects on charges of illegal betting in a crackdown on a criminal organization that made arrangements with more than hundreds of betting and gambling sites operating illegally in Turkey, reports said Friday.

Security units conducted simultaneous operations in the capital Ankara and 12 other provinces as part of the investigation launched by the Anti-Cybercrimes Division of the Ankara Security Directorate.

In the operations conducted with the support of Special Operations Units, police seized TL 1,5 million ($279.407,66) worth of euros, U.S. dollars, and Turkish liras (TL) in cash, along with hundreds of digital documents.

Some TL 105.9 million ($19.7 million) worth of assets belonging to the high ranking members of the organization were also confiscated by the police, reports said.

The suspect identified as the top figure in charge, who remains at large, is said to hold citizenship from the U.K. and went by the code name "Steve," while one of the detained suspects, identified as M.G., was said to be a TV programmer in Turkey and working as a treasurer for one of the companies involved.

The suspects first transferred the money they generated from illegal online bookmaking to the bank accounts of third parties they had previously made arrangements with. The money was then withdrawn from ATM machines by the gang's "field staff" by using QR codes on their mobile phones, and later sent to Istanbul via armored cargo trailers.

Police also found that the criminal organization had been transferring the money to front companies they had set up in the U.K., Bulgaria, Lithuania and Malta, and often exchanged it for gold, foreign currency and cryptocurrencies such as bitcoin.

The amount of the money transferred overseas annually was estimated to be $340 million, digital documents confiscated by the police showed.