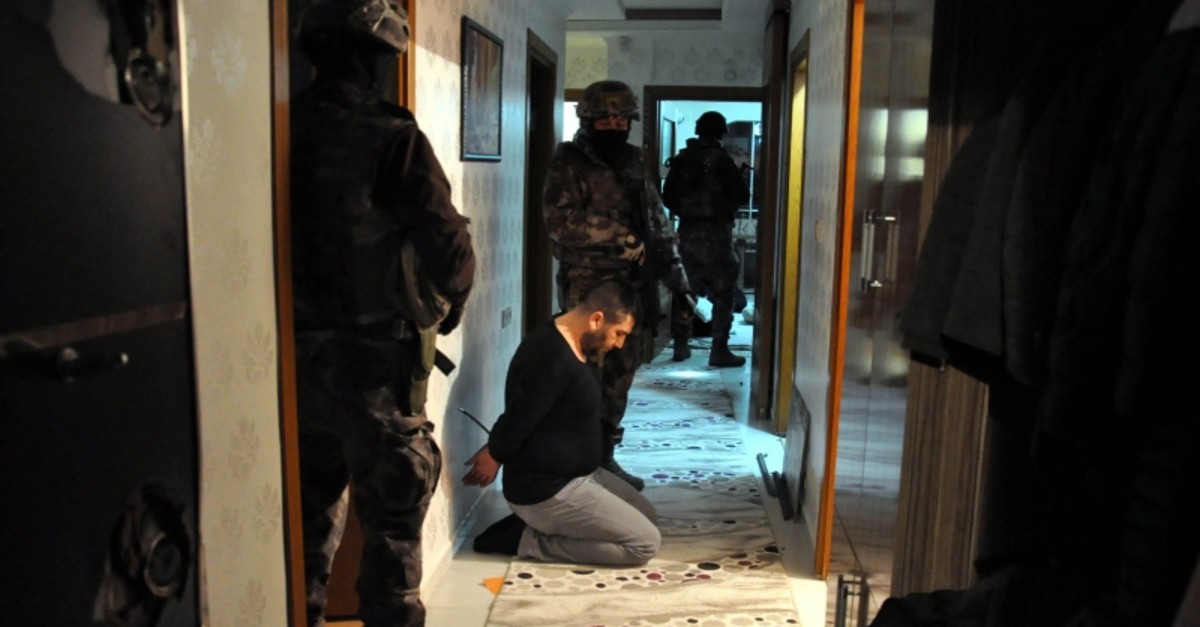 Turkish security forces on Wednesday detained a high-ranking member of an organized crime ring engaged in drug trafficking in the capital Ankara during a massive operation that followed a year of investigating the organization's activities.

About 3,500 police officers, special operations forces and intelligence personnel conducted simultaneous operations in 18 districts and raided 237 houses, seven workplaces and one storage depot belonging to the trafficking ring as part of the investigation launched by the Anti-Narcotics Division of the Ankara Security Directorate.

Zülfikar Inan, brother of Kadir Inan – the ringleader who is currently in jail – was arrested during a raid in a house in the Atapark neighborhood of the Keçiören district.

Kadir Inan was arrested in 2014. Later investigations revealed his contacts with officers who were dismissed due to their links with Gülenist Terror Organization (FETÖ).

Investigations found out that the criminal gang was organized with small cells within a hierarchical structure, and those cells carried out business operations such as drug trafficking, shootings and money laundering.

The gang, which has an estimated monthly income of 2 million Turkish liras ($370,000), has been providing synthetic and new generation drugs such as skunk from the western provinces of the country while supplying cannabis and heroin from eastern provinces, according to reports.

The gang was also reportedly providing prescription drugs and stimulant medicines with the help of a doctor, a health officer and two pharmacists in cahoots with the ring to provide fake prescriptions.

The gang has been operating four nightclubs and was preparing to open new places for the money laundering coming from the drug business. The investigation found that women employed in these clubs were facilitating the drug trade as well as engaging in prostitution.

The organization was also found to have prepared an internet series encouraging criminal activities and mafia-like organizations, but only the trailer has been broadcast.

Ankara Security Directorate arrested 15,815 people over drug offenses within the operations conducted in the last one and a half years. Some 3,861 of those suspects who were involved in drug trafficking were arrested and sent to prison.